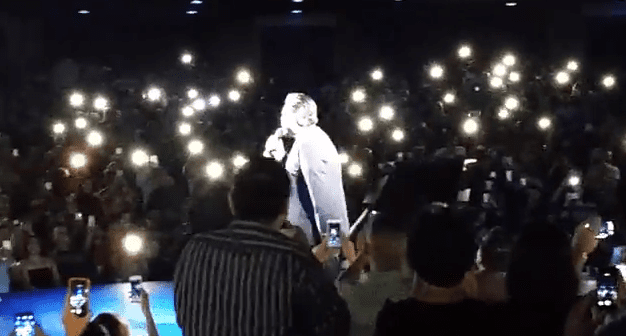 Presumably fed up with Donald Trump’s controversial comments on immigrants, comedian George Lopez lit into the 2016 GOP candidate at a performance at Phoenix’s Celebrity Theatre over the weekend.

“This country is better with Latinos in it,” Lopez declared to the cheering crowd.

Unfortunately, Lopez then proceeded to lead the crowd in a chant laced with the anti-gay slur “puto” which translates to “fag,” “man-whore” or “coward” and is ofted used as a derogatory term for gay men (akin to faggot).

Note to Lopez: You don’t have to belittle a marginalized community in order to raise up another.