Chad Griffin, president of The Human Rights Campaign, sat down with MSNBC’s Andrea Mitchell this morning to talk about competing bills over LGBT rights Congress is set to consider.

Republicans have already introduced a federal anti-gay license to discriminate bill, which they like to dub a ‘religious freedom’ bill. Tomorrow, lawmakers on the other side of the aisle will introduce the Equality Act which would extend protections from the 1964 Civil Rights Bill to LGBT people. 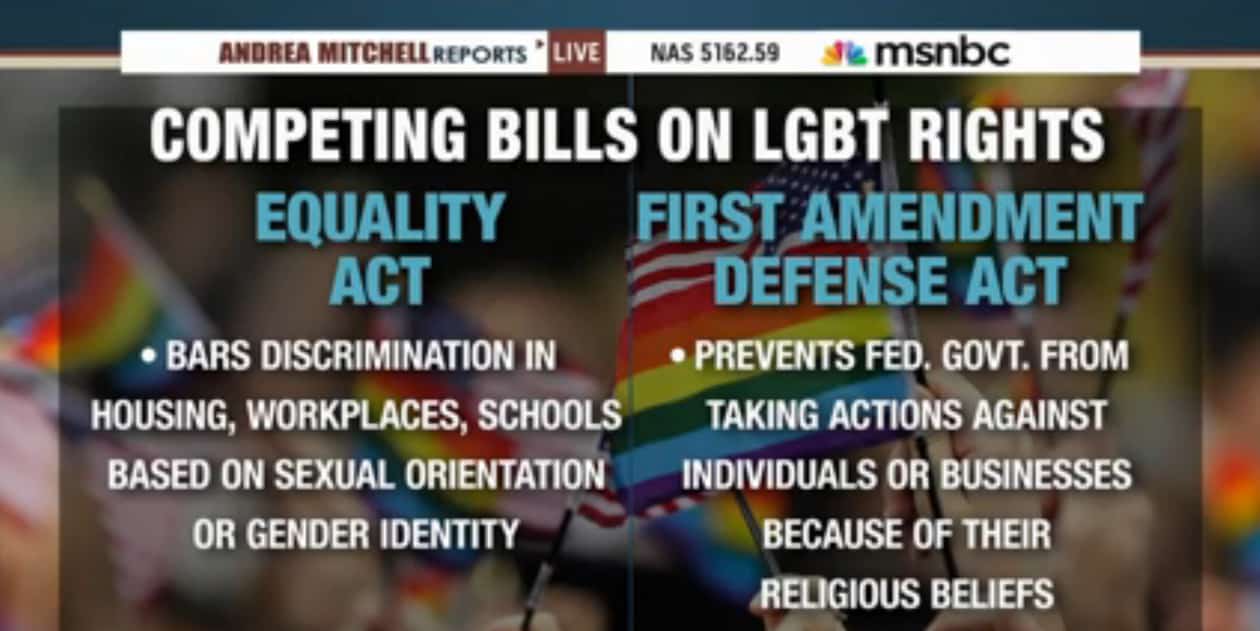 Of the importance of the fight over LGBT discrimination post Obergefell v. Hodges, Griffin said,

“Our opponents have not gone away. They’ve simply regrouped and tried to come up with other reasons to oppose protections for LGBT people. What they’re doing today is attempting to use religion as justification to discriminate. It’s important to remember we already have federal religious protections, we already have the first amendment. It’s a bedrock principle of this government…but we’re also founded on the principle of free enterprise. And that means that all paying customers should be served equally, and not discriminated against or refused service because of who they are or who they love.”

Watch video of the interview below: