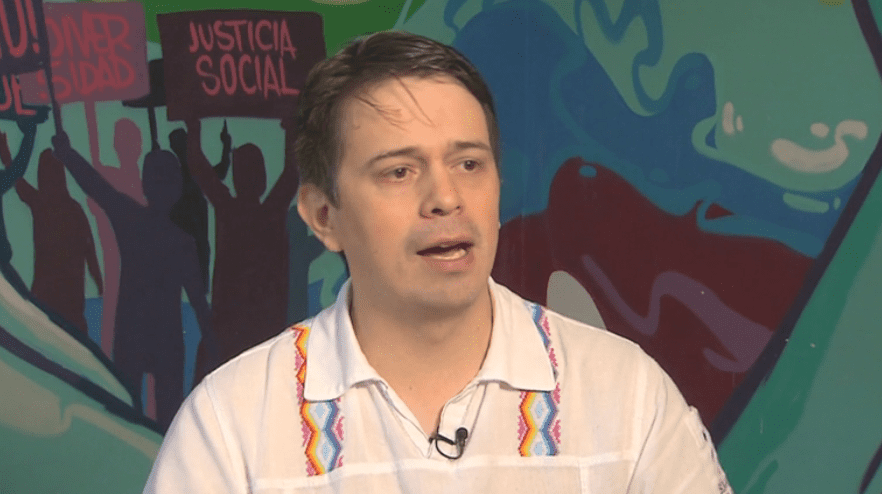 A Paraguayan LGBT activist is in high spirits after his historic public meeting with Pope Francis over the weekend.

The Washington Blade reports Simón Cazal, who heads Paraguay’s LGBT group SOMOSGAY, was among the 1,600 civil society leaders who met with Francis in the capital of Asunción on Saturday.

Cazal told the Washington Blade during a Skype interview after the meeting that Francis did not “directly” refer to LGBT-specific issues, but “he did mention others in which they are included.” Media reports indicate the pontiff was sharply critical of Paraguayan Catholic officials.

“There are no people of first, of second or third class,” said Francis, according to a tweet that Cazal posted to his Twitter account after the meeting. “Dignity is for everyone.”

Cazal added that the pope’s speech was “very productive” and focused on the church embracing diversity in the idea of “family.” In a separate interview with Buzzfeed, Cazal stated his belief that after the meeting the church “has put itself on our side – there is no way to discount that.”

This was the pope’s first ever meeting with an LGBT activist. Back in March, Francis dined with LGBT inmates at an Italian prison.

Watch a video of Cazal speak with CNN before his historic meeting here.

Previous Post: « Best Friends Reveal What It Would Take for Them to Sleep with Each Other in Hilariously Awkward Game of ‘Truth or Drink’ – WATCH
Next Post: Towleroad’s Top 10 Must Watch LGBT Videos of the Week »