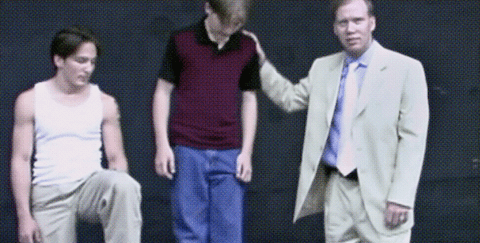 That shady and skeezy happenings exist in Hollywood should come as a surprise to approximately no one, and that some of those happenings victimize child actors is (sadly) almost as unsurprising. Rather than leave such things to unsubstantiated rumor and suspicion, Oscar-nominated filmmaker Amy Berg has chosen to create a documentary, titled An Open Secret, that exposes the reprehensible trend of abusing child actors, such as the activities of convicted pedophile Marc Collins-Rector.

You’ll need to keep a close eye on the release schedule of the film as it’s following the unusual plan of traveling a 20-city circuit for as long as there’s a demand, with an unspecified timeframe for a digital release sometime later this year. The film has already shown in Denver and New York, but the biggest splash is expected when the film shows in Los Angeles on July 17 at the Laemmle Music Hall in Beverly Hills.

This will no doubt be a gut-wrenching film to watch, particularly given how recent some of the footage is – one clip is of a young Ben Savage, now 34, star of the 90s family sitcom Boy Meets World – but anything that gives the victims a voice and a chance to speak out about their abuse will be something to help stop it from happening in the future. You can watch the trailer for the film below:

Previous Post: « Demi Lovato Turns Up the Heat with New Track ‘Cool For The Summer’ – LISTEN
Next Post: Anti-Gay Activist: ‘Victims of Homofascism’ Will Defy Gay Marriage with Civil Disobediance »