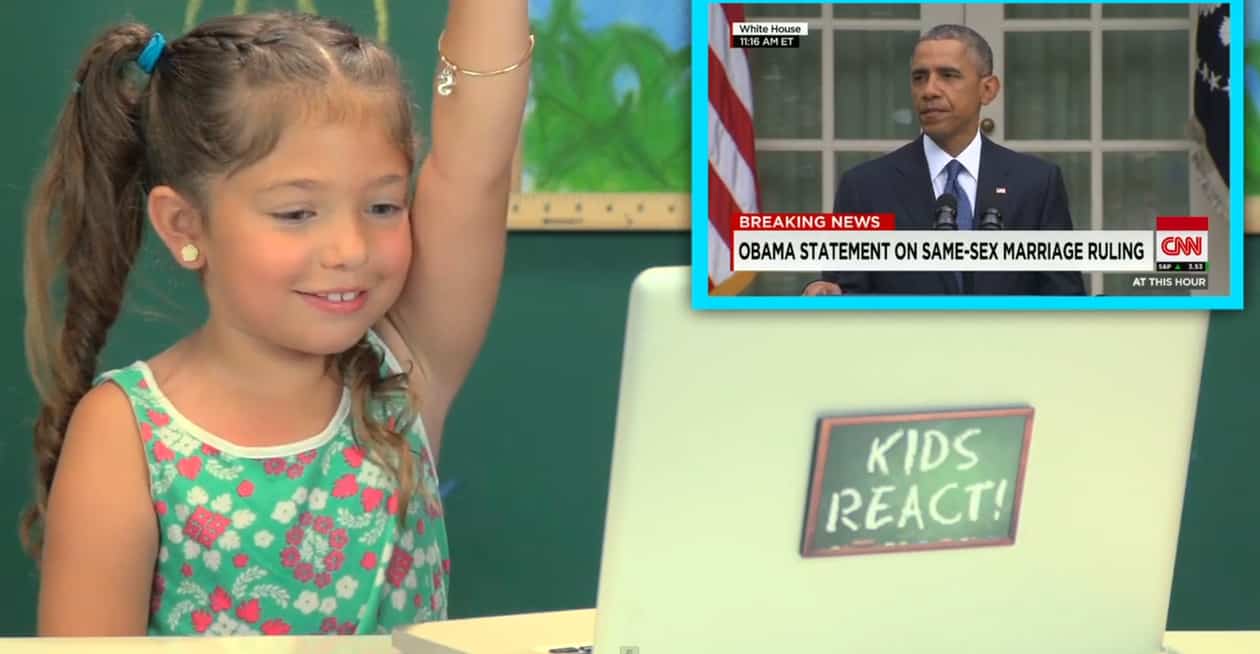 In a new installment of “kids react”, kids between the ages of 6 and 13 react to news of the Supreme Court’s landmark ruling on same-sex marriage.

The kids were all excited to be watching the news, one girl even getting emotional over the news saying, “It makes me so happy.” The arguments that won the day in the nation’s highest court were reiterated by these youngsters with one kid summing up the reason why this victory is significant: “If you’re not able to marry someone that you love, what’s the point?”

Watch the heart-warming video, below: