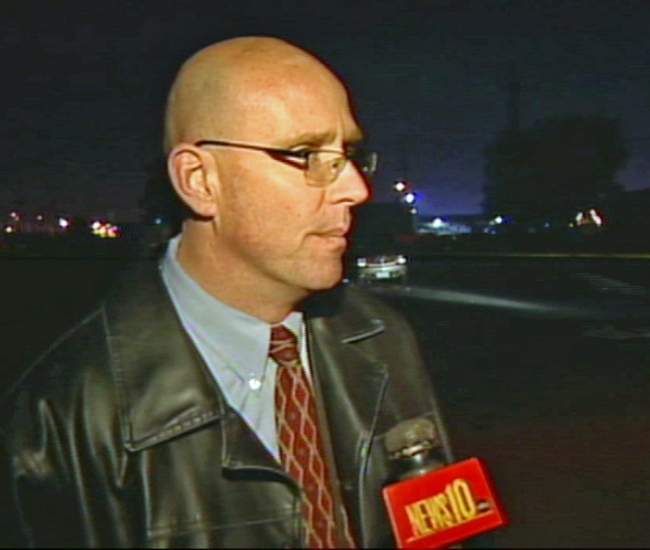 A police lieutenant in Stockton, California, who wrote a hateful anti-gay letter to the editor — which he signed with his name and rank — has returned to work after receiving a slap on the wrist.

What’s more, Lt. Toby Will is showing no signs of remorse and is appealing the reprimand he received for writing the letter calling homosexuality “vile and sinful” and saying it will lead to the destruction of the nation. 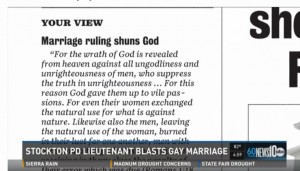 Will was placed on paid administrative leave last month while the police department investigated the letter he wrote to the editor of The Stockton Record in the wake of the U.S. Supreme Court’s ruling in favor of same-sex marriage. But this week, Will returned to work after receiving a letter of reprimand.

Will, a 24-year veteran of the Police Department, said he is appealing the reprimand through the Pacific Justice Institute, a nonprofit legal organization specializing in the defense of religious freedom and other civil liberties.

“Being an American citizen, and one that served in the military and one that has served in law enforcement so long, I’m just exercising my First Amendment rights, which are not negated by my profession,” Will said. “If anything, they’re supported by my profession, and I don’t have a dichotomy in my life where my Christian views are private views. I don’t have that secular/sacred split in my life. I don’t tuck my Christian views away when I come to work.”

Will, 48, insisted that his views do not compromise his ability or willingness to protect and serve all members of the community, regardless of religious beliefs or sexual orientation.

“Absolutely not,” he said. “I have a 24-year track record of being nothing but a professional to all sections of society, even those I strongly disagree with.”

In the wake of the letter, the police department reached out to the LGBT community, but it’s doubtful Will’s light punishment and lack of remorse will do much to improve the relationship between the two:

Nicholas Hatten, executive director of the San Joaquin Pride Center, had not heard of Will’s return to the job until contacted for this story and reacted strongly when told Will was appealing his letter of reprimand.

“He has the nerve to appeal a letter of reprimand?” Hatten asked. “Unfortunately, he hasn’t learned anything. I think the spirit of humanity is to grow and he has proven that he is refusing, that he is using his religious dogma stubbornly. That is not what makes this city great and that is not what makes our community great. He’s choosing to alienate himself from the rest of the community, which is really moving forward together positively.”

Watch a report on the incident from last month below.

Previous Post: « Donald Trump Sparks Outrage (Again), Says Megyn Kelly Had ‘Blood Coming Out of Her Wherever’ – VIDEO
Next Post: ‘Stonewall’ Star Jeremy Irvine Says Film Does ‘Justice’ to the Real Story Behind the Riots »