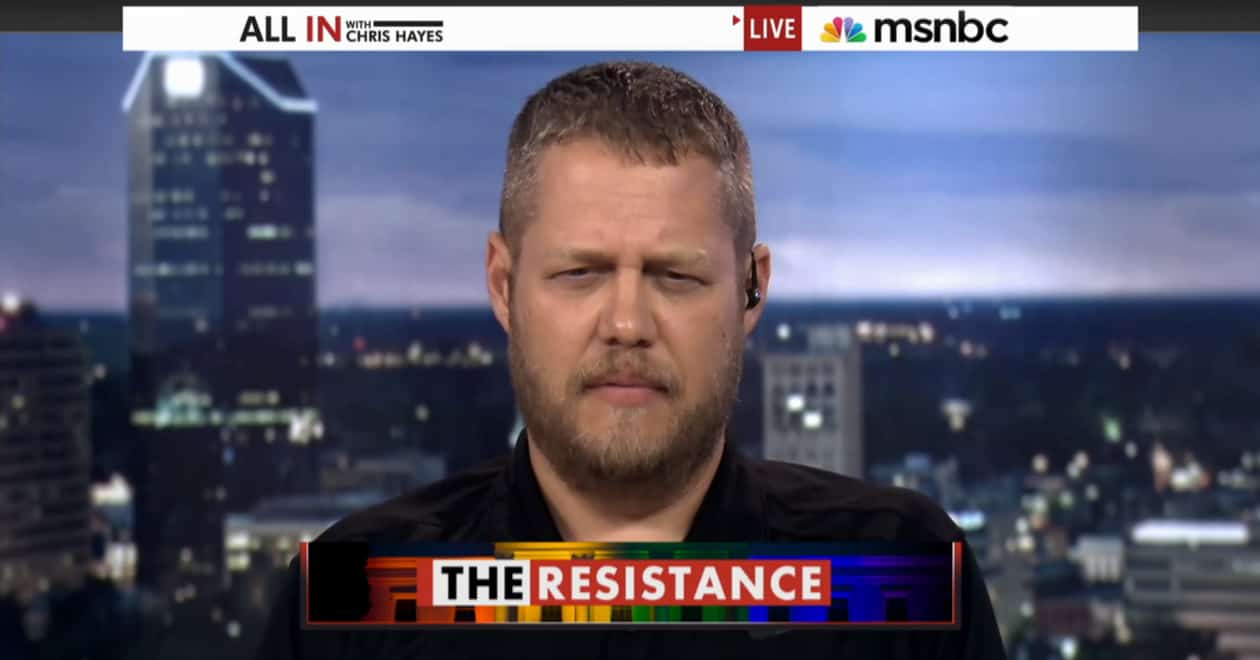 Casey Davis, the Casey County, Kentucky clerk who is one of three county clerks in that state defying the Supreme Court’s ruling in Obergefell v. Hodges, which legalized same-sex marriage nationwide, says he’s willing to die fighting for man-woman marriage, according to an interview on The Tom Roten Morning Show posted by Right Wing Watch.

“Our law says ‘one man and one woman’ and that is what I held my hand up and took an oath to and that is what I expected. If it takes it, I will go to jail over — if it takes my life, I will die for because I believe I owe that to the people that fought so I can have the freedom that I have, I owe that to them today, and you do, we all do. They fought and died so we could have this freedom and I’m going to fight and die for my kids and your kids can keep it.”

Davis insisted that SCOTUS has no authority:

“Where is Adam and Eve’s marriage license recorded at and who did they go get them issued by? I’ll tell you, God issued them. God ordained it. Whether you believe in God or not, the Bible is where marriage came from and it is where it will continue to come from regardless of what man says that it is. It will never be anything but between one man and one woman in the eyes of God, that’s what marriage is and someone else may label it as something else but it can never be anything except between one man and one woman.”

Two other County Clerks, Kim Davis and Kay Schwartz, joined Davis at a rally at the Kentucky Capitol on Saturday. Thousands reportedly showed up to support the outlaw clerks.