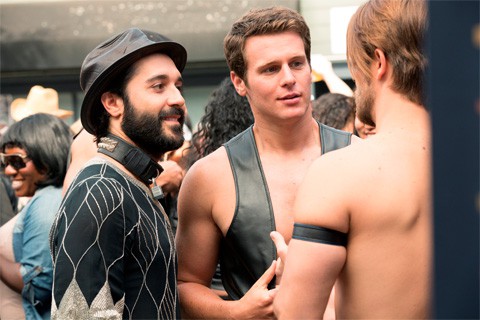 Looking creator Andrew Haigh (below) sat down with Attitude magazine and talked about the show’s cancellation, placing blame on gay audiences who condemned the show without actually watching it.

“I would love it if there were more shows with different types of gay people, but I couldn’t do that with Looking. What is frustrating is that gay people complain that there is no representation on screen, but then when we made Looking, not many people actually watched it. We had really low viewing figures and got cancelled! … A lot of people seemed to talk about it without actually watching it. So many people said ‘I didn’t watch your show, I didn’t like it’, but they’d admit they barely watched the pilot. So you’re making a judgment on two seasons of a show after watching just five minutes, and turning it off because somebody was being jerked off in a wood and you didn’t like what that said about gay people. I do think it is rooted in a fear where we want representation in the world, but only of the best of us. Now, it is of my feeling that if we want true acceptance, then we should be accepted fully, as shitty people, who have emotional baggage and who do find it hard to be gay. I have no problem with those characters being on screen.”

A 90-minute Looking special is forthcoming from HBO, an ending to the series. Haigh was mum on what it would contain, but said “it’s not going to be massively different from what you’ve seen before…”

Previous Post: « The Perfect San Francisco Weekend: Go Out, Have Fun
Next Post: Here’s a Portrait of Caitlyn Jenner Created with Hate Tweets She Received After Coming Out »