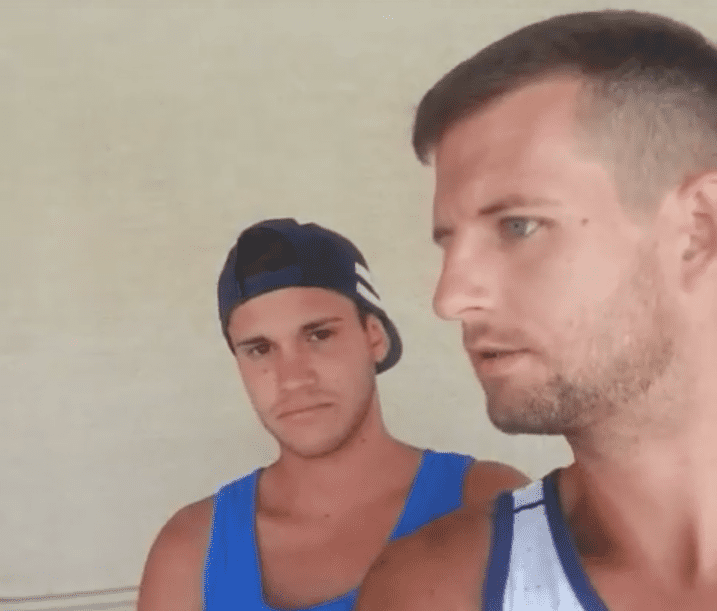 Fort Worth police are investigating threats against a woman who posted video of a pool attendant who told her gay son and his fiance they couldn’t kiss at the swimming hole in her subdivision. 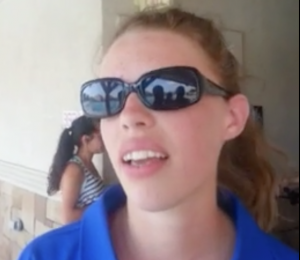 Brandon Roper and his fiancé, Giuseppe Cellura (above), whose Facebook pages say they live in Oklahoma, apparently were visiting Roper’s mother at the Tehama Ridge development in Fort Worth recently. They were at the community pool when Roper and Cellura shared a peck on the lips. That’s when the pool attendant (right) came over and said they couldn’t do that and that she was calling management.

As it turns out, the manager was the pool attendant’s older brother (right, below). When he arrived, Roper began shooting video of the interaction.

He later sent the video to his mother, who posted it on Facebook, prompting threats.

“I think being hush, hush about it and letting it slide and sweeping it under the rug or just letting it go, I don’t think that solves anything,” said Roper.

Roper left town on a trip and sent the video of the interaction to his Mother, Belinda Roper. She posted it to her community Facebook page and that is when Belinda said the situation turned dangerous.

The pool attendant reportedly was fired by Bearfoot Management in the wake of the incident. The company also issued an apology: 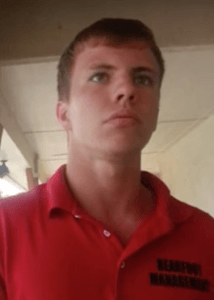 “Bearfoot Management and its employees are truly sorry for any actions that have occurred making the family involved in this incident feel they have been treated with any type of disrespect. We have reached out to the family and expressed our sincere regret for the incident that occurred.

Our company’s policies are to ensure a family friendly environment at each pool we manage. Our expectation is to enforce this practice without discrimination of any sort. We train our employees to treat each person with love and respect. While we are in the business of pool management, our company takes it upon itself to try to mold the young adults and teens working for us to be responsible and caring adults to help improve the world around us.”

In the video, the pool attendant and manager tell Roper that PDAs are prohibited at the pool. However, the sign listing rules for the pool contains no such prohibition. Roper points out that straight couples are sharing PDAs while he’s filming. At that point, the manager walks over and tells a straight couple to stop.

Roper demands that the pool attendant apologize, but she refuses. Roper also threatens to sue the pool attendant and manager, but that’s unlikely. Neither state nor federal law prohibits discrimination based on sexual orientation in public accommodations. Fort Worth has an ordinance prohibiting anti-gay discrimination in public accommodations, but violations are punishable only by a small fine.

Watch CBS 11’s report, as well as the video recorded by Roper, below.