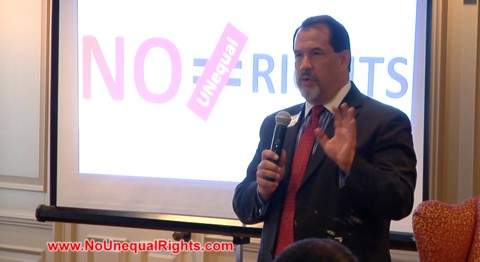 Last month we told you how the Texas Supreme Court ruled that the Houston City Council must either repeal its Equal Rights Ordinance or place it on the November ballot.

Now, anti-LGBT pastors behind the effort to repeal the ordinance say they plan to sue the city — again — this time for allegedly violating their civil rights. 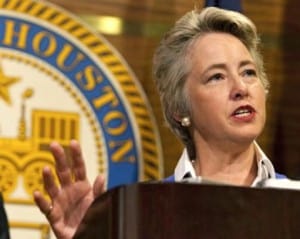 Of course, they were the ones attempting to deny civil rights to LGBT people when they submitted a petition seeking to repeal the ordinance last year. After the city rejected the petition, saying it didn’t have enough valid signatures, the pastors sued. In defending the lawsuit, attorneys for the city subpoenaed the sermons of the pastors involved in the effort. Mayor Annise Parker later withdrew those subpoenas amid backlash, but now the pastors clam the subpoenas — along with the city’s rejection of their petition — violated their religious freedoms and civil rights.

A lawsuit is preparing to be filed, claiming religious freedoms and the right to vote by the ordinance, approved last year by council. The objection by various pastors, and the Houston Pastors’ Council was that gays were included as protected classes in the ordinance, which bans discrimination in housing, employment and other areas.

Mayor Annise Parker is named in the lawsuit. It claims that the pastors’ religious freedoms were “trampled” when their sermons were subpoenaed by the city. It later withdrew the subpoena.

The lawsuit also claims that civil rights were violated when voters were not allowed to cast ballots on the measure in a referendum. …

The lawsuit asks for damages. If the lawsuit succeeds, any money awarded would go toward paying legal costs generated by the pastors and the pastors’ council, which are said to be several hundred thousand dollars. 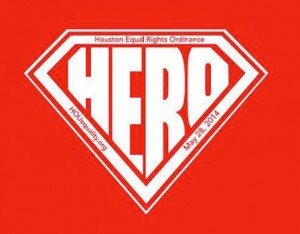 One of the members of the anti-LGBT coalition, called No UnEQUAL Rights, recently said it has spent $500,000 on the legal battle to repeal the ordinance. Both a jury and a state district judge determined that the petition didn’t have enough valid signatures to qualify for the ballot due to problems like rampant forgery. However, the Texas Supreme Court effectively overturned those decisions when it ruled that, regardless of how many signatures were forged, the city had to accept the petition. The City Council must now decide before Aug. 25 whether to repeal the ordinance or place it on the ballot.

Dave Welch (above), executive director of the Houston Area Pastor Council, said in an email Sunday that the group plans a press conference Monday morning to announce the new lawsuit:

The Mayor of Houston violated the law, attempted to use raw intimidation and trampled on the voting rights of one million Houston citizens – using pro bono (no cost) attorneys from Sussman Godfrey, Norton, Rose & Fulbright and Haynes Boone.  The No UNequal Rights coalition leadership stayed committed through to victory at the Texas Supreme Court – now it is time to assure that justice is served.

Previous Post: « WATCH: Flamboyantly Dressed Military Vet Vows to ‘Beat Up All These Gays’ At St. Petersburg Pride Rally
Next Post: John Oliver’s Ditty About D.C. Statehood Might Be the Most Catchy Song Ever: WATCH »