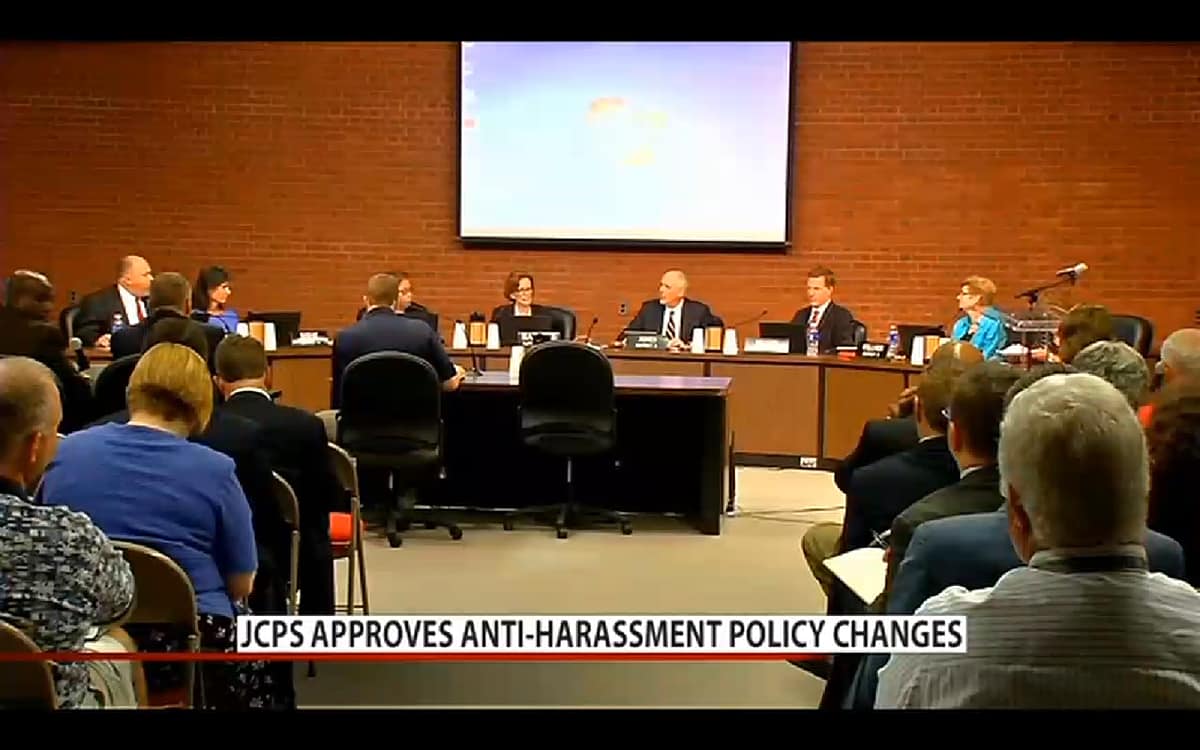 The Jefferson County School District, which includes Louisville and is Kentucky’s largest, voted overwhelmingly on Monday night to protect transgender students and employees, the Courier-Journal reports:

The 6-1 vote, with board member Linda Duncan dissenting, will change Jefferson County Public Schools’ nondiscrimination and anti-harassment policies to specifically protect transgender students and others whose gender identity or expression may open them to harassment or discrimination.

According to WDRB, “[Dissenter Duncan] made it clear that she was “not in support of discrimination of any kind,” but is concerned about the process by which the policy was written and because it did not include input from the district’s assistant principals. She also questions how the policy will be enforced…Duncan also said she was worried the expansion of the policy could open the door to legal action, saying that the inclusion of gender identity and gender expression goes against the advice of the Kentucky School Boards Association, which does not recommend school districts go beyond what the law lists as protected categories.”

Watch a report from WDRB: