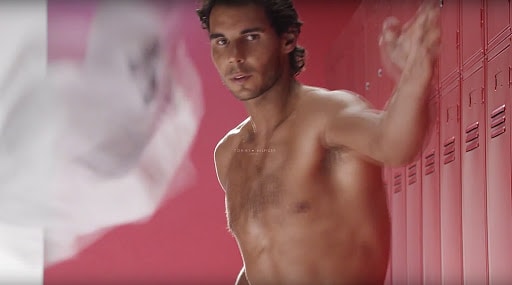 Tennis pro Rafael Nadal is taking it all off in a new underwear campaign for Tommy Hilfiger that can best be described as, er, cheeky.

In the new ad, Nadal strips down in the locker room, giving an almost boy-lesque tease as he slowly pulls his boxer briefs down then looks the camera square in the eye, shaking his head, as if to say, “naughty, naughty.” Nadal also makes sure to throw his underwear at the camera for extra effect. He even reveals a silhouetted view of his backside as he’s about to hit the showers.

Watch and feel the steam, below: