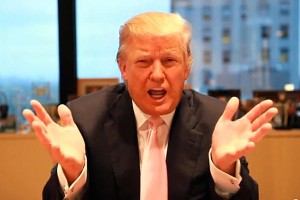 In the aftermath of each Donald Trump gaffe, there always seems to be be a handful of news stories predicting the billionaire blowhard impending downfall while another set of articles point to the polls and declare the Trump Train an unstoppable political force. 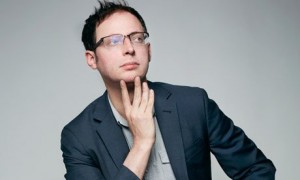 Thankfully, we have people like statistician Nate Silver to cut through all the headlines and provide us with a less-sensationalized, more data-driven take on Trump’s current dominance in the GOP primary.

Pointing to candidates of the past (Joe Lieberman, Rudy Giuliani, Hillary Clinton in 2008) who were leading the polls at this time during previous elections but nonetheless failed to capture their party’s nomination, Silver notes that Trump’s lead in the polls isn’t all it’s cracked up to be.

Trump being a total jerk to everybody also may be to blame for the inflated numbers, as Silver points out:

If you can make yourself the center of attention — and no candidate in modern memory has been more skilled at that than Trump — you can potentially turn the polls into a referendum on your candidacy. It’s possible that many GOP voters are thinking about the race in just that way now. First, they ask themselves whether they would vote for Trump; if not, they then choose among the 16 other candidates. The neat thing about this is that you can overwhelmingly lose the majority in the referendum — 75 percent of Republicans are not voting for Trump — and yet still hold the plurality so long as the “no” vote is divided among a sufficient number of alternatives.

Silver’s team acknowledges that while they’re “fairly agnostic” about Trump’s short term prospects, he could still flame out quickly like Newt Gingrich circa 2008 or Pat Buchanan in the 1990s. And the idea of Trump winning the nomination? Silver remains unconvinced and points to Republican Party going into a total revolt in the unlikely event that Trump makes it all the way to the Republican National Convention next July.

Much of the party’s influence consists of what you might call “soft power,” the ability to influence outcomes by persuasion rather than coercion. But the party also has some “hard power”: It literally makes the rules. It can rule against candidates it doesn’t like in the event of delegate-counting disputes. It can probably even change the rules midstream. There isn’t a lot of precedent to worry about violating, since it’s been 40 years since Republicans came close to a brokered convention.

If Trump made it this far, the Republican Party would go to extraordinary lengths to avoid nominating him. In “The Party Decides” view, parties are basically looking for two things from their nominees: They want them to be reliable (meaning, they can be counted on to enact the Republican agenda once in office), and they want them to be electable (meaning, they can win in November). It’s hard to think of a candidate who does worse on those two measures than Trump. He’s exceptionally unpopular among independent voters. But he also has a checkered political past that includes once having supported abortion rights and universal health care. For the Republican Party, he’s the worst of all possible worlds.