Taylor Swift cavorts with lions, giraffes and zebras while falling in love with a co-star (played by Scott Eastwood) in her new music video “Wildest Dreams,” from her top-selling album 1989. 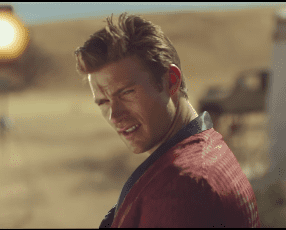 Swift released the music video last night at MTV’s VMA Awards, where she took home the Video of the Year award for “Bad Blood.”

Watch as Swift portrays an actress falling in love on the set of a romance film in the vein of Out of Africa, complete with some stunning landscape views and a heartthrob actor, below: