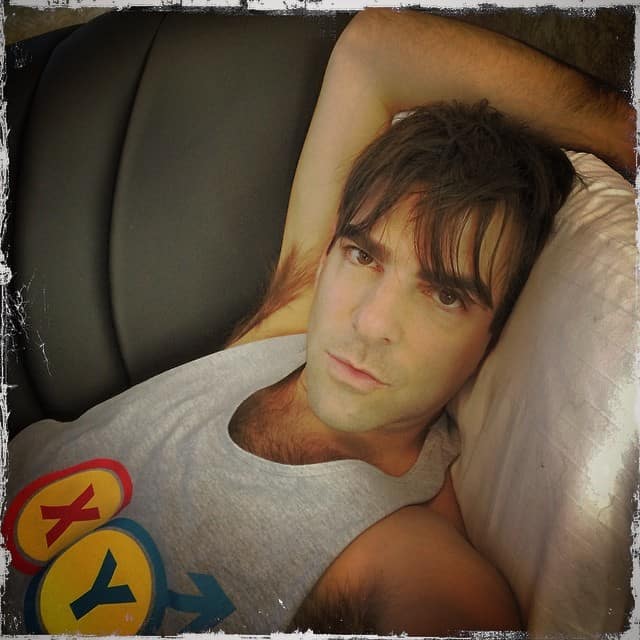 Late last year, actor Zachary Quinto made some cautionary remarks about the use of pre-exposure prophylaxis (PrEP) by gay men which caused such a stir that he’s still being asked to clarify them nine months later.

He later clarified in the HuffPost:

What troubles me — and what I was trying to speak to in my interview — is an attitude among (some of) the younger generation of gay men — that we can let our guard down against this still very real threat to our collective well-being. I have had numerous conversations in my travels with young gay people who see the threat of HIV as diminished to the point of near irrelevance. I have heard too many stories of young people taking PrEP as an insurance policy against their tendency toward unprotected non-monogamous sex. THAT is my only outrage.

How gay men have sex with each other was unilaterally redefined for nearly two generations as a result of AIDS. I was simply trying to assert my belief that we need to be especially vigilant and accountable to ourselves and one another at this moment in our evolution. It is a tremendous advancement in the fight against the disease that scientists have developed this particular medication. But it’s still early — that’s all.

In a new interview, SiriusXM radio host and HuffPost editor Michelangelo Signorile asked Quinto about the remarks and the outrage they inspired.

“I tend to be averse to pharmaceuticals anyway. I’m not a big pill popper in my life. Look, I just think we need to be vigilant as a community and a community of gay men. It was not my intention to judge anybody…to rankle anybody, or to put myself in some kind of superior position by any means. I think if people use PrEP as part of a responsible regimen of taking care of themselves and preserving their bodies and their well-being and the well-being of the people they’re having sex with, then more power to them. There was this thing that I was ‘slut-shaming.’ Anybody who knows me knows that that is the last thing I would ever do. I just think that we can’t let our guard down.”

Listen to the clip below:

Quinto also talked about coming out publicly, which he did in 2011, and how that has affected his acting career. Read more from the interview here.

Quinto on the film I Am Michael: