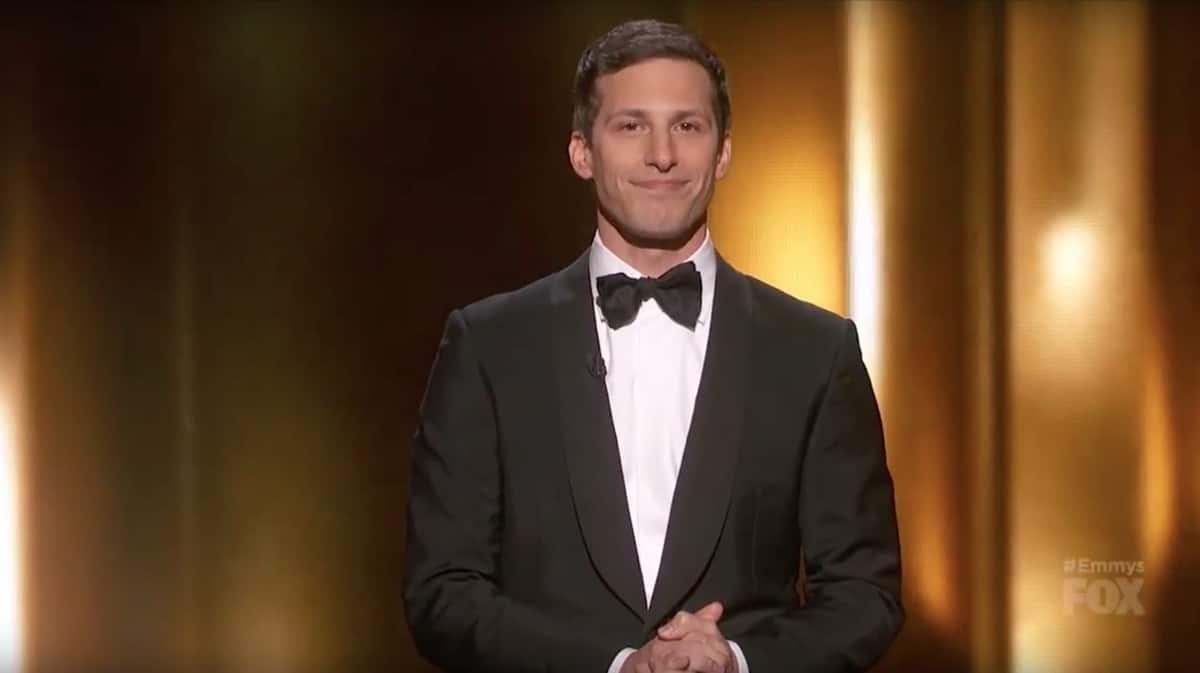 Andy Samberg, the host of the 2015 Emmys, made anti-gay Rowan County, Kentucky clerk Kim Davis one of his opening monologue punchlines.

“Paula Deen is on this season of Dancing with the Stars, but I gotta say, if I wanted to see an intolerant lady dance, I would’ve gone to one of Kim Davis’s four weddings. It’s so ironic that she came out of jail to ‘Eye of the Tiger,’ when you consider how many guys have boned each other to that song.”