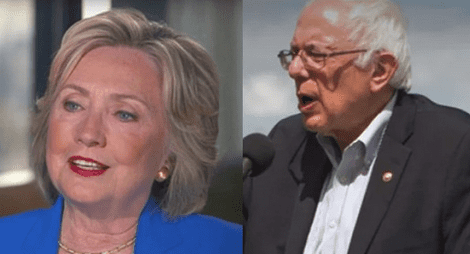 Sen. Bernie Sanders continues to widen his lead over Hillary Clinton in New Hampshire, according to a new CNN/WMUR poll.

46% of Democratic primary voters in the Granite State now back Sanders, compared to 30% support for Hillary Clinton and 14% for Vice President Joe Biden.

The New York Times breaks down the poll’s findings:

Mr. Sanders has a strong lead over Mrs. Clinton among men and is nearly tied with her for support among women. He also bests her in personal traits: Voters view her as the least honest and least likable of the major candidates.

Voters are nearly evenly split over who they think will win the New Hampshire primary — a question that pollsters say often gives a good feel for the dynamics of a race.

Still, more of those polled said they thought Mrs. Clinton would win the general election in November (51 percent said she would win, while 19 percent said Mr. Sanders would).

More on the poll here.