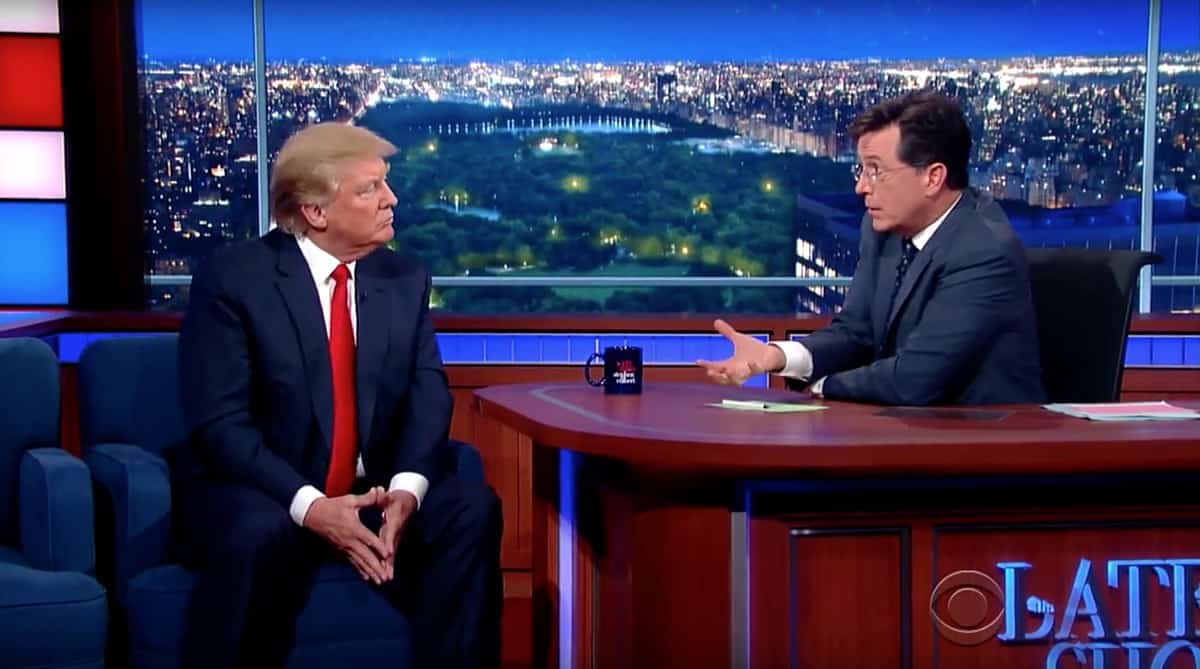 Donald Trump sat down with Stephen Colbert on The Late Show last night. Colbert, of course, skewered Trump many times as host of The Colbert Report, so the first thing he did was apologize and then asked Trump if he had anything to apologize for.

They then discussed Trump’s plans to deport illegal immigrants and build a wall between the U.S. and Mexico with what he describes as “a beautiful big fat door” in it.

Finally, Colbert offered Trump a chance to answer the birther question he has made a huge issue of in the past and concede it once in for all, in Colbert’s words, “a big, fat meatball for you to hit out of the park right now.”

“This is the last time you have to address this question if you hit the ball, OK?… Barack Obama — born in the United States?”

Previous Post: « Here’s Our RECAP of the SCREAM QUEENS Premiere Everyone is Talking About
Next Post: Utah Gov. Gary Herbert to Roll Out the Welcome Mat for Anti-LGBT Hate Group Next Month »