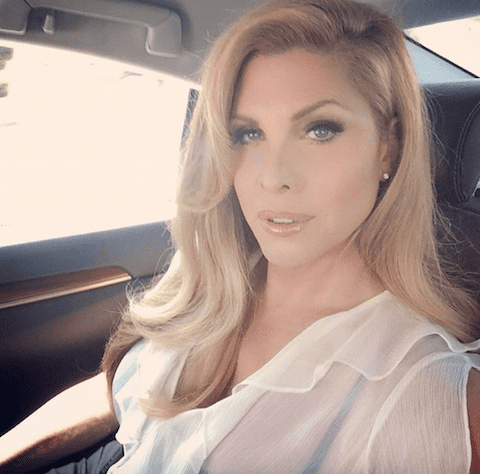 Trans icon and actress Candis Cayne revealed in an interview with The Hollywood Reporter that she walked out of an audition for Larry David’s Curb Your Enthusiasm after reading a trans joke in the script that she felt painted a false portrayal of trans women.

As The Hollywood Reporter notes, Cayne says it was tough to leave the audition because the availability of work for trans actors is sparse. However, Cayne stood firm as she wanted to remain true to herself. The joke in question regarded a trans female character waiting in line to use the restroom:

“I went on an audition for Curb Your Enthusiasm and Larry David was there. The part was for a trans woman who had to go to the bathroom really bad and decided she was going to go in the men’s line because it was quicker. I said, ‘Thank you for writing a trans part, but I can’t audition because a trans woman wouldn’t do this. I have to honor my community,’ and I walked out of the audition.”

Cayne has found work since then appearing on Elementary, Drop Dead Diva and recently I Am Cait. Cayne appeared on Access Hollywood Live last week to explain her career and her role on I Am Cait. Watch Cayne discuss I Am Cait’s influence on the trans community and greater society, below:

Previous Post: « Zayn Malik Bares His Chiseled Chest for ‘Interview’ Magazine
Next Post: Bryan Fischer: Anti-Gay Clerk Kim Davis is the Only One Obeying the Law »