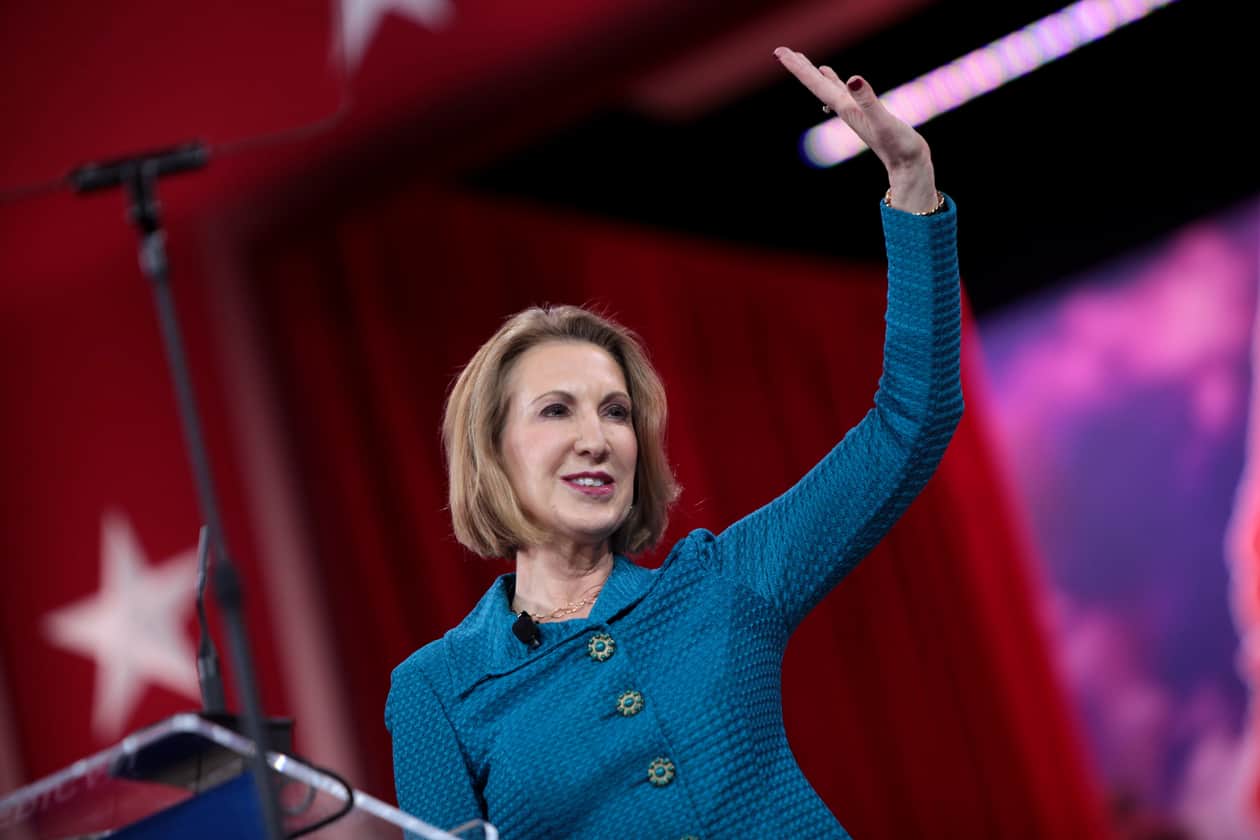 Speaking yesterday with radio talkshow host Hugh Hewitt, Fiorina also stressed that, in her eyes, “it’s clear religious liberty is under assault in many, many ways.” However, Fiorina notably did not label Davis’ case as one in which so-called ‘religious liberty’ is under attack. Rather, Fiorina suggested that Davis, in her role as county clerk for Rowan County, is a “arm of the government” and must adhere to the government’s “will” or else resign.

“And, while I disagree with this court’s decision, their actions are clear,” Fiorina said. “And so I think in this particular case, this woman now needs to make a decision of conscience — is she prepared to continue to work for the government, be paid for by the government in which case she needs to execute the government’s will, or does she feel so strongly about this that she wants to sever her employment with the government and go seek employment elsewhere where her religious liberties will be paramount over her duties as as government employee?”

“Given the role that she’s playing, given the fact that the government is paying her salary, I think that is not appropriate,” Fiorina said. “Now that’s my personal opinion. Others may disagree with that, but I think it’s a very different situation for her than someone in a hospital who’s asked to perform an abortion or someone at a florist who’s asked to serve a gay wedding. I think when you’re a government employee, you are put into a different position honestly.”

Listen to Fiorina’s interview below: