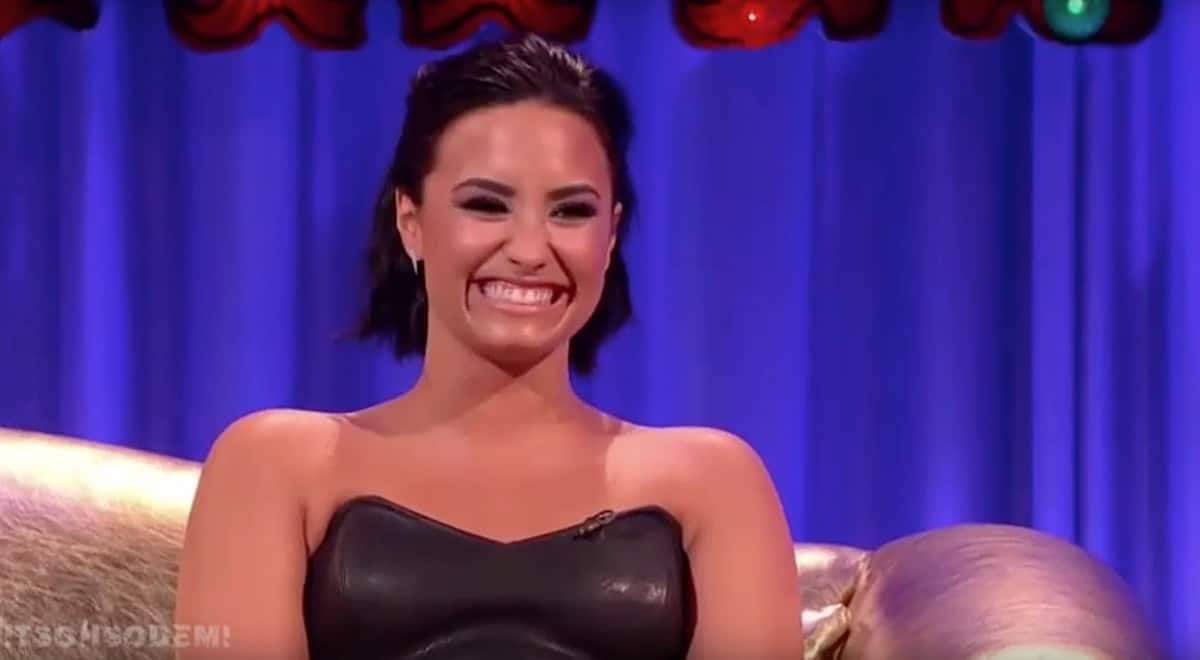 Singer Demi Lovato appeared on Alan Carr’s UK talk show Chatty Man and she and Carr had an exchange about Lovato’s hit song “Cool for the Summer” and what it means.

Alan: (reciting lyrics) Tell me what you want / What you like / It’s okay / I’mma little curious too / Even if they judge / F–k it all / Do the time / I just wanna have some fun with you / Got a taste for the cherry / I just need to take a bite / Take me down into your paradise.” Now I put it to you Miss Lovato, that that song is about lesbianism.
Demi: What?
Alan: Lesbianism.
Demi: I’m not confirming and I’m definitely not denying. All of my songs are based off of personal experiences. I don’t think there’s anything wrong with experimentation at all.
Alan:  No. The trouble is i experimented once and it stuck.
Demi: Hey, I didn’t say that it didn’t stick either. I didn’t say that it didn’t stick .
Alan: That’s the thing I’m fascinating by, because I think that women are elastic, they can go in and out, they’re quite fluid and stuff. You never get male musicians going, ‘I’m gonna write about c*ck.’

Following their exchange Lovato joins actor Tom Hardy on the couch and Hardy responds to rumors that he has been lined up to play the next James Bond.

Hardy and Lovato then play a game of ‘Heavyweight Dubsmash’ in which they face off lip-synching Whitney Houston’s “I Will Always Love You”, and finally, Lovato performs “Cool for the Summer”.