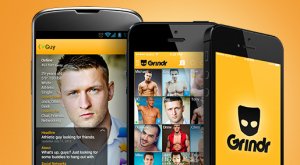 Hillary Vs. Bernie, Trump Vs. Bush. Where do Grindr users stand on the 2016 presidential election?

In partnership with Rock the Vote, Grindr recently conducted a early election poll of its users to find out their presidential preferences.

Asked “After marriage equality, what’s next for the LGBTQ movement in the U.S.?” – 41% singled out “Pushing forward the Equality Act to end legal LGBTQ discrimination.” “Fighting HIV/AIDS” drew 15% of votes; then, “ensuring that states follow the law on marriage and adoption” was selected by 12.4% and after that “strengthening transgender rights” was the choice of 11.5%.

More on the poll’s findings here.

Previous Post: « Tourist Kicked Out of Cyprus Hotel For Being HIV-Positive
Next Post: India Court Steps In to Protect Transgender Teen from Abusive Parents »