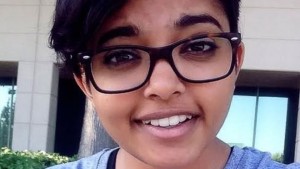 The Delhi High Court has intervened in the case of an 18-year-old transgender Indian man who alleges his parents attempted to forcibly marry him off to a man to “fix” him.

BBC reports that Shivy, who prefers to be identified by his first name, has been living in the United States for the past 15 years. He says his parents tricked him into coming to their home in Agra on holiday and proceeded to take away his passport and green card.

The Delhi High Court termed the alleged harassment as nothing short of “bigotry” and said that India was a land of tolerance.

Transgender activists and the support group Nazariya arranged legal counsel and shelter for Shivy in Delhi after he ran away from Agra earlier this month.

Shivy has alleged in his petition that his father and some unknown men posing as police officers came to the residence of the activists who helped him, adding that he fears for their, and his own, safety.

He has asked the Delhi High Court to help him get his passport and green card back so that he can return to the United States where he is pursuing a neurobiology course at the University of California.