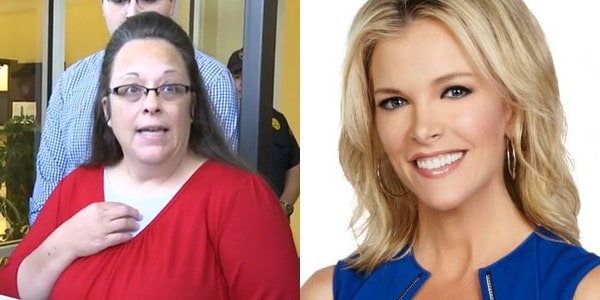 The divisive Kentucky county clerk will appear on the Sept. 22 episode of ABC’s Good Morning America and the Sept. 23 episode of Fox News Channel’s The Kelly File.

ABC News will tease its Kentucky visit between Paula Faris and Davis on Monday’s World News Tonight, while Megyn Kelly will interview Davis from her New York studio. She’ll question Davis on whether or not she not she disobeyed a federal judge’s order regarding altering the marriage license forms of same-sex couples.

Previous Post: « Bust a Move With This ‘Uptown Funk’ Mash-up of 100 Movie Dance Scenes: VIDEO
Next Post: Ex-Hedge Funder Jacks Price of AIDS Drug Daraprim from $13.50 to $750 per Tablet »