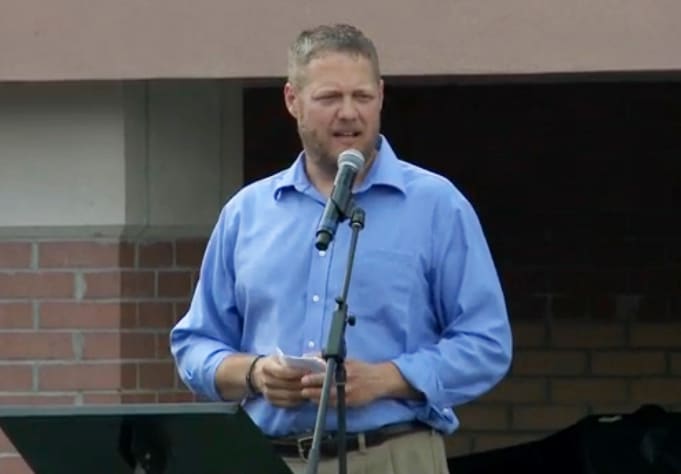 Casey County, Kentucky clerk Casey Davis spoke at Kim Davis’ hate rally today outside the detention center where Kim was jailed for contempt, where he declared himself a warrior for Christianity and blasted the state’s governor Steve Beshear. Beshear has said that Kim Davis ought to either resign or abide by the Supreme Court’s ruling on gay marriage.

I believe this man is a warrior against Christianity. I’m going to be a warrior for it. How about you? I am tired of being told that because I’m a Christian I have no business being in public office.

The rally for Kim Davis is happening live and can be watched HERE.