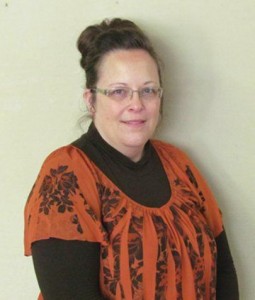 Five out of six deputy clerks from Rowan County, Kentucky told a U.S. District Judge today that they would issue marriage licenses to same-sex couples while Clerk Kim Davis is in custody for contempt.

The holdout is Davis’s son Nathan, but the judge said he will not be held in contempt.

Kim Davis is being called back into court to say whether or not she will interfere with the deputy clerks’ decision to issue the licenses.

#KimDavis:Judge says she should not be released from custody even if deputies issue a license. Says it's rewarding her for bad behavior.