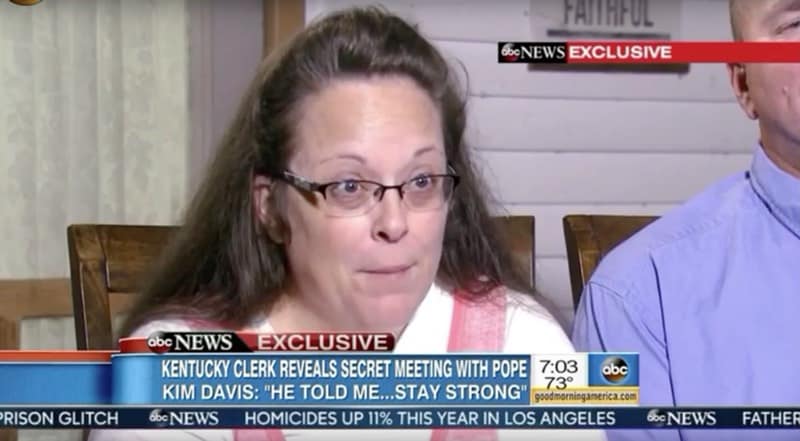 Kim Davis is speaking out about her alleged meeting with Pope Francis in Washington D.C., a meeting that Vatican spokesman Ciro Benedetti would “neither confirm nor deny” when asked by several media outlets.

Vatican chief spokesman Father Federico Lombardi said he would neither confirm nor deny the report and that there would be no further statement. This was unusual for the Vatican, which normally issues either denials or confirmations.

“It was really very humbling to even think that he would want to meet me or know me. I put my hand out and he reached and he grabbed it and I hugged him and he hugged me and he said ‘thank you for your courage.’ He told me before he left, he said ‘stay strong’ and that was a great encouragement. Just knowing the Pope is on track with what we’re doing and agreeing kind of validates everything.”