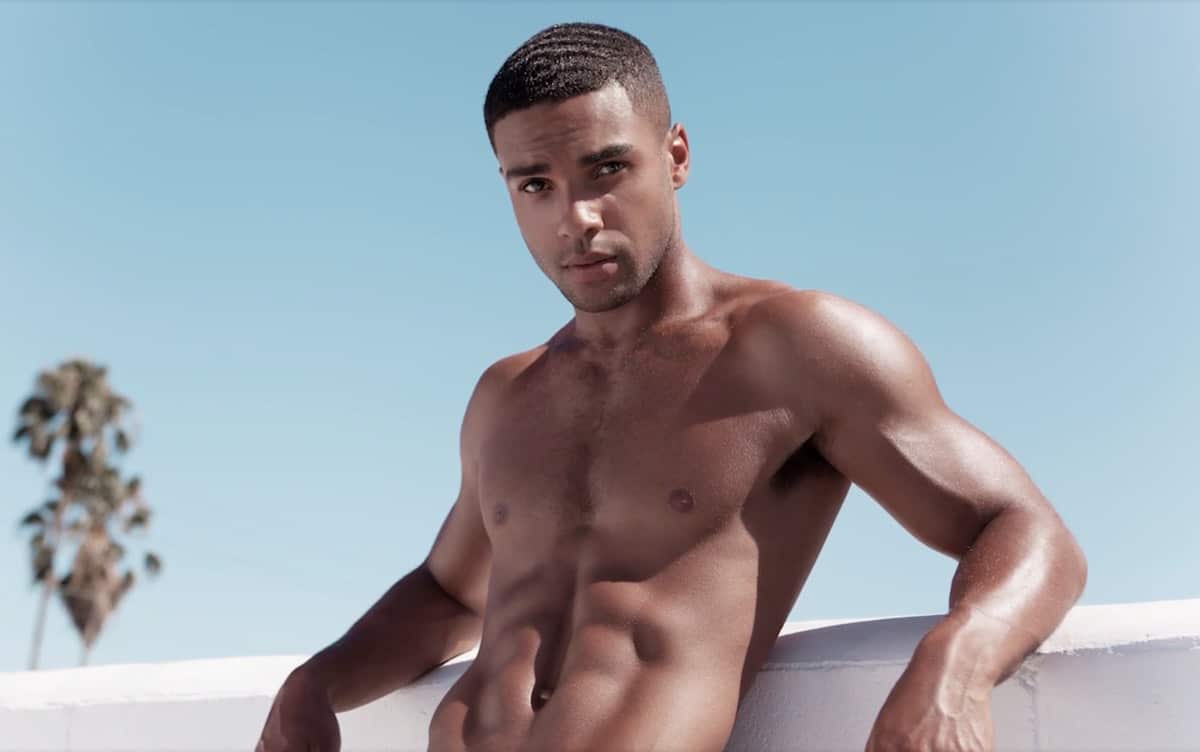 British actor Lucien Laviscount, who is set to be a series regular on the Ryan Murphy horror-comedy series Scream Queens that premieres on Tuesday night, spoke with Details about his fitness regime and where his sculpted physique came from.

Both of Laviscount’s parents were bodybuilders, so physical fitness and muscles are in his genes.

He also attributes it to a very boring diet:

“Growing up, there was no salt in our house, and the only condiment was ketchup. We always ate very clean: chicken and rice or pasta and tuna. I have the most boring taste buds because of that. Rich food doesn’t do it for me. If I’m training, I’ll have three chicken breasts a day and then maybe some tuna mixed in just to take the taste of chicken away. If I could have one tablet in the morning that would serve as my meals—if I could never taste food again—I would do that. Eating is definitely more of a chore for me.”

He has also got some advice for those of you who have shirtless scenes coming up:

“In the Scream Queens audition scene I did for Ryan, my character was getting dressed, so I hit the gym beforehand. I asked him if he wanted me to take my shirt off; he said no. I was like, ‘Cool, cool’ . . . but I was ready to go! Shirtless scenes can pop up at any time. For those, I’ll do abs two days leading up to shooting. Never do abs the morning of—they’ll look too bulky. Then do as many chest presses as you can and get a really good pump on before going to set.”

Previous Post: « Kayaker Speaks Out About Surviving Humpback Whale Breach: ‘I Was Going to Die’
Next Post: Do You Agree These Are the Top 10 ‘Coming Out of the Closet’ Scenes in TV History? — WATCH »