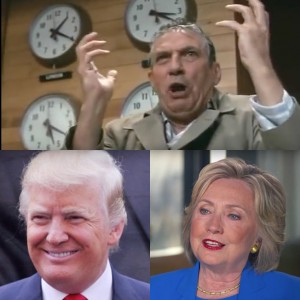 The upcoming presidential election promises to be one of the most extraordinary in years. Already it has been called everything from a full fledged ‘circus’ to a ‘ship of fools’. 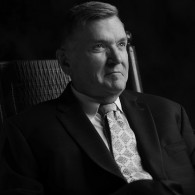 What is clear is that the American people are in a foul mood and are determined to defy the common wisdom and the inside-the-beltway crowd. As actor Peter Finch screamed in the film Network, ‘I’m as mad as hell and I am not going to take this anymore.” It could be this election cycle’s sound bite.

Despite a thriving economy, the deficit being reduced by two thirds, unemployment cut in half, close to 19 million people newly-insured, the stock market doubling and other healthy indicators, the American people are amazingly angry and distrustful of their government.

Could it be they have figured out the system has been rigged?

Do they know that their concerns can’t possibly be heard over the overwhelming power of money in both parties? Could it be they know that the parties, through redistricting, have guaranteed re-election of even the most abhorrent government representatives? Could it be they are tired, for the last 35 years, of only having either a Bush or Clinton (or both) on a ticket?

They know that they have witnessed their sons and daughters die in far-off lands in useless wars and watch as politicians say it was a ‘mistake’ to send them in the first place. Of course they know about fighting to fulfill the American dream by sending their children through college only to realize that those young Americans have been saddled with an unbearable lifelong debt of student loans. They see that almost every candidate is near 70 and our future young stars are frozen out of the process. Every day they are caught in massive traffic jams. In most cities they are treated to water mains and sewers erupting because the infrastructure is more than a hundred years old. They are keeping their fingers crossed that our dams and bridges don’t collapse and cause death and devastation.

I am sure the parents of the 14% of American children who go to bed hungry every night are mad as hell. Especially as they see the rich buy multiple homes for millions of dollars each.

As the great organizer Saul Alinsky said, ‘all politics is local.’ Perception is everything and even stronger than reality. For me, the streets of New York City seem much dirtier. The street in front of my house near Times Square was stripped to be repaved. Everyone on our street was pleased it was being repaved until the city forgot to repave it and it remained dug up for more than five weeks! All the good will among the residents disappeared and it became another symbol of government incompetence.

America has lost its greatness.

Our country used to be number one in everything from education to healthcare. Now we are lucky as a nation to be in the teens in the rankings. We are number one in the number of prisoners and are ahead of both China and Russia in that statistic! In the ranking for ‘freedom from corruption’ we only manage to come in at a lowly number 18. In New York state, it is easier to remember who hasn’t been indicted in our legislature.

Who wouldn’t be mad as hell with all this going on?

So that brings us to the 2016 elections and the people who feel they have been left out.

Major donors are swamping the political process with hundreds of millions to push their agendas of privilege and ambassadorships. The Republican establishment and the Clinton campaign are proceeding and organizing like this is any other election year. They both are convinced that what worked in the past will work again this year. They believe that the anger will disappear as it has in the past and the voters will regain their stability. As a result they are making horrible mistakes that will haunt their campaigns into next November.

The Republicans are attempting to hang on to not only old ideas but, in an attempt to rig the rules for a Jeb Bush victory, might have made a Donald Trump possible. States like California, Illinois, New York and Ohio are now ‘winner take all.’ That means someone can get 27% of the vote and take all the delegates in those states.

Everyone said not to take Trump seriously and appeared to be quite amused by his candidacy. Especially the voters who adore how he’s rubbing the faces of the Republican establishment in the dirt. Right now substance and practical politics are out the window since the voters are delighting in his show. For years they have been attempting to share their unhappiness with the establishment and have been completely ignored and left out in the face of the unbelievable corporate domination of their party.

The Clintons don’t get it either.

Hillary is running a horrible campaign. It might have worked perfectly even four years ago but given the underlying anxiety of the American voter it is not working now. The email crisis is becoming a greater disaster each day as each explanation falls with new information. By embracing the rich and powerful, the Clintons are part of the problem. Even small things like spending $100,000 of their own money to rent a home in the Hamptons for just two weeks adds to the perception that they are out of touch. (Really? Couldn’t they have asked a friend to borrow a home?) The perception is just horrible in the current climate. As a result of her bad campaign she has allowed the Sanders campaign to flourish and is now viewed as untrustworthy and part of the problem by over 60% of the American people.

She can’t blame the Republicans for her image problems because the American voters have had more than 30 years to get to know her!

The fact of the matter is that the American electorate is right. The system is rigged against them. Those in power are not listening. America is in decline.

So I guess we have a right to be mad as hell and we shouldn’t have to take it anymore and come to think of it, “I am mad as hell…..”

This is the first in a series of columns about the upcoming 2016 election. The opinions expressed are those of the author.