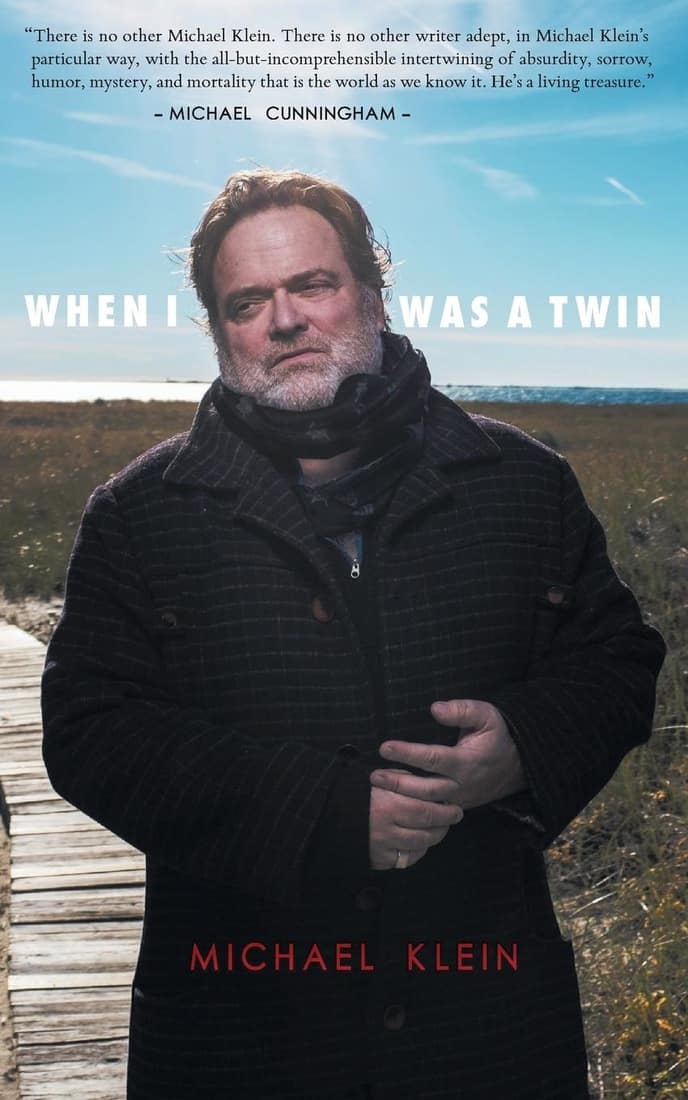 Michael Klein’s fourth collection of poems begins with a news report for the dead. “There’s a lot more death since you died,” he writes. “People live for it, now.”

The poem is a survey of the present moment, from “endless wars in countries / that seem like they are being torn out of the book of earth,” to Russian “anti-propaganda” laws, to selfies and gay marriage.

It’s at once a lament—“Queer minds were the best minds of my generation,” Klein writes, echoing Allen Ginsberg—and a celebration:

And so today I held my living closer
than I thought it was and saw two beautiful kids
in front of the Chinese take-out draw a line in colored chalk
down the whole length of sidewalk between Broadway and Cooper
switching colors every few feet so it looked like they were pressing
a rainbow down into the earth.

Lament and celebration are frequently mixed in these poems, which often aim for “the wondrous thing of folding a great sadness into happiness.” The central figure of the collection, and the focal point of the poems’ grief, is Klein’s twin brother, Kevin, who died of acute alcohol poisoning after a long struggle with alcoholism. (Klein writes of his own thirty years of sobriety throughout the collection.)

In the book’s title piece, a long prose poem, Klein offers details of his relationship with his brother, from “the weird and important sexual relationship we had when we were young” to his brother’s incapacity to maintain serious relationships as an adult. But throughout it all Kevin remains fundamentally an enigma: “I don’t know how he managed to stand in one place for so many years or how he lived in the one room or worked in the same one basement or inhabited the one mind that he lubricated with fear and resentment toward most of his people but would let break down occasionally with joy, thank God…”

Klein’s poems are confessional in the sense that they candidly address the poet’s intimate life, but they also have grander ambitions. If at times they have the open charm and transparency of Frank O’Hara, they can also be densely metaphysical. (The book’s first poem is called “Harmonium,” a title it shares with the first volume by America’s most philosophical poet, Wallace Stevens.) Their power lies in their attentiveness to “the ordinary grain that ran / through everything,” and in their pursuit of what it means to “live in the living.” 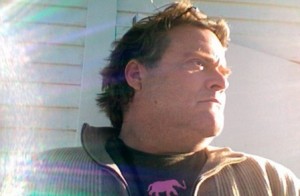 This slightly weird usage—“the living”—appears repeatedly in Klein’s poems. He articulates what it means most fully in “Airports and Funerals in Sobriety,” another prose poem: “the ability to feel living in all its beauty, sadness and complexity; to stand there with a white chrysanthemum and be able to look up at an avenue of trees made out of ice and to love the world of what is in it and what departs it; to experience sadness without reaching for a solution to sadness; to join the sadness.” “Living” in these poems is not just a question of attentiveness but of emotion, a commitment to affective immersion in the world. It’s a state Klein links inextricably to sobriety. “I was just back in the boat with the living / after swimming too far out and for so long just // to meet living again.”

For all their self-accounting, Klein’s poems are exuberantly oriented toward the world, and he stands in a line of queer New York poets that stretches from Walt Whitman through Langston Hughes to vital voices of the emerging generation like Jameson Fitzpatrick and Alex Dimitrov. “I love it in the almost spring,” he writes in “New York Story (2),” “when the opera singers in their tight dresses open their windows as wide as their mouths proclaiming NO SHAME.” These poems are full of Broadway shows and radio music, of chance encounters and crowds, and their lines move with the inexorable energy of the crowd.

To read a Michael Klein poem is to be submerged in a current of voice as swift and compelling as anything in contemporary American poetry. When I Was a Twin is a gorgeous book.

Previous Post: « Meme of the Day: May I Speak to Kim Davis Please?
Next Post: Kim Davis Found in Contempt of Court and Taken Into Custody »