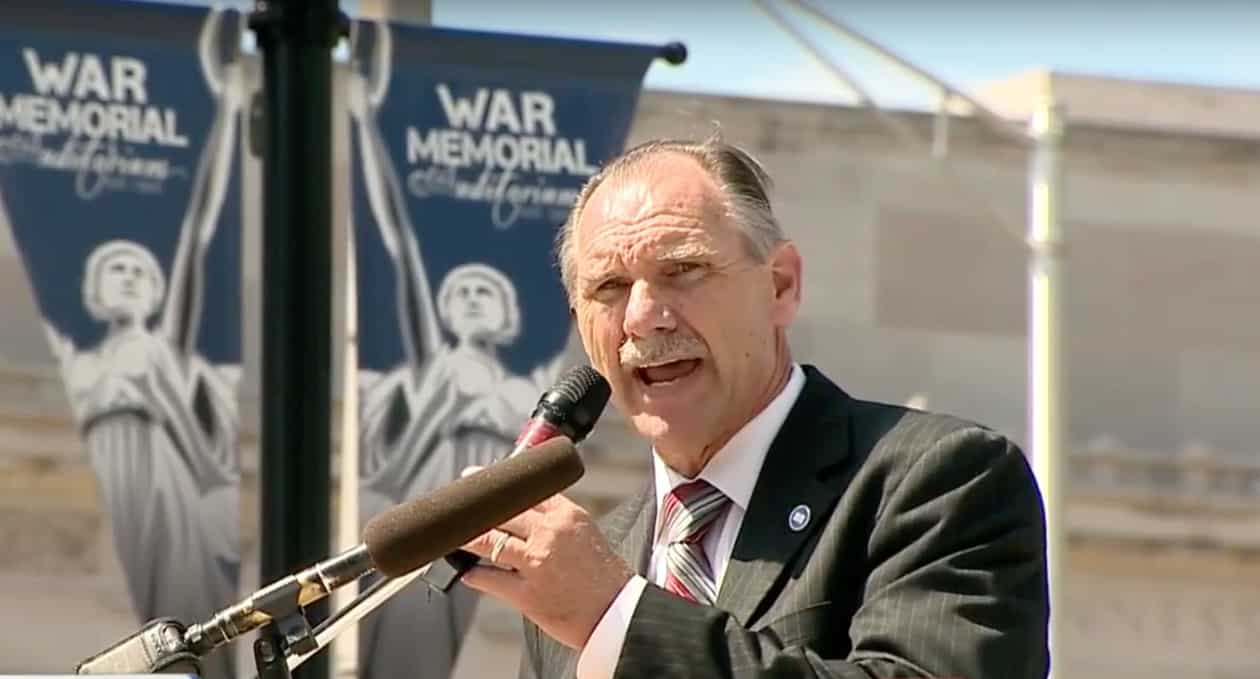 “Natural marriage between one (1) man and one (1) woman as recognized by the people of Tennessee remains the law in Tennessee, regardless of any court decision to the contrary,” the bill states.

“Any court decision purporting to strike down natural marriage, including (a recent U.S. Supreme Court decision), is unauthoritative, void, and of no effect.”

The bill was unveiled at a rally at the State Capitol in Nashville attended by a few hundred people.

Said Pody at the rally:

“This is a battle that we’re fighting. It’s not an earthly battle. We battle in spiritual battle. This is a prayer battle. When we win, it’s because of prayer…”

Watch a report from NewsChannel 5:

Said Beavers to The Chattanoogan:

“Natural marriage between one man and one woman as recognized by the people of this state remains the law, regardless of any court decision to the contrary. The Obergefell case is clearly and blatantly an overstep of the Supreme Court’s Authority and it is time that states, like Tennessee, stand up against the judicial tyranny of which Thomas Jefferson so eloquently warned. This legislation deems that any court decision purporting to strike down the state’s definitions of natural marriage, including Obergefell v. Hodges, is void in Tennessee.”

“This decision defies constitutional authority and is one of the most glaring examples of judicial activism in U.S. Supreme Court history. It not only tramples on state’s rights, but has paved the way for an all-out assault on the religious freedoms of Christians who disagree with it.  This bill calls for Tennessee to stand against such unconstitutional action in hopes that other states will stand with us against an out-of-control court legislating from the bench.”

The bill says the attorney general must defend any state or local official from any lawsuit that could — and would — arise if the bill is enacted. It also says no state or local agency may enforce the U.S. Supreme Court ruling, or any other decision that might allow same-sex marriage. Officials abiding by the bill, if enacted, couldn’t be fined or arrested for ignoring the U.S. Supreme Court, the bill states.

Other lawmakers already introduced a bill to “protect” clergy members from being forced to officiate same-sex weddings. Nowhere in the Supreme Court ruling does it say pastors or preachers must officiate any wedding.