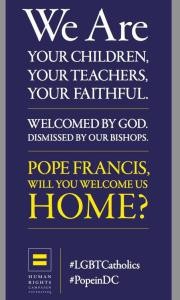 > Josh Duggar’s wife has moved back in with her parents.

> Gay dad invites Pope Francis to ‘Meet My Family Face-to-Face’: “If you are going to make pronouncements about us, couldn’t you at least meet us first?”

> Did the Pope see the HRC’s banner intended for him as he drove by their HQ?

> Meanwhile, the Vatican denied press credentials to BuzzFeed over their coverage of the Church, LGBT issues. 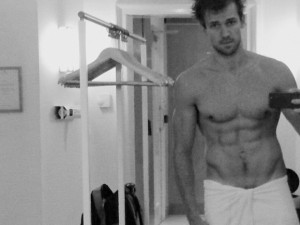 > Disclosure teams up with Lorde for song “Magnets.”

> Local news station uses star of David from the Holocaust as feature image for story about Jewish holiday Yom Kippur. 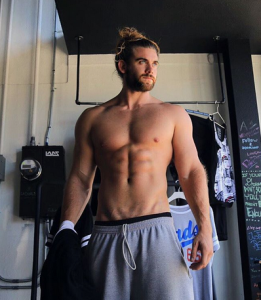 > Hot shirtless men with man-buns to help you get through the rest of your week.

> And a linguistic discourse on man-buns. Should we just start calling them “buns”?

> Model Andreja Pejic opens up about her transition.

> ‘Do Ask, Do Tell’ event in LA helps LGBT veterans.