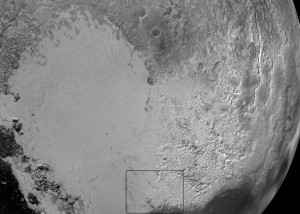 Pluto’s heart, likely broken since it heard the news it got demoted to “dwarf” status in 2005, is on display in this stunning image captured by the New Horizons spacecraft.

According to NASA, the photo, one of a series of images, reveals new details about Pluto’s atmosphere, mountains and plains. 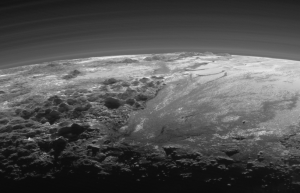 “In addition to being visually stunning, these low-lying hazes hint at the weather changing from day to day on Pluto, just like it does here on Earth,” said Will Grundy, lead of the New Horizons Composition team from Lowell Observatory, Flagstaff, Arizona.

More photos and info on the New Horizons flyby can be found here.