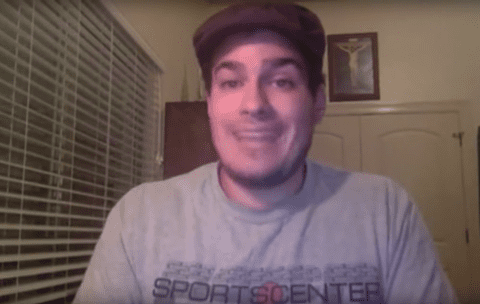 Right-wing Christian activist Theodore Shoebat posted a new video this past weekend in which he calls for a worldwide “inquisition” to end “homo-tyranny.”

Shoebat’s rant was spurred on by news that a doctor had been fired by Beth Israel Deaconess Medical Center “for repeatedly spreading anti-gay material to colleagues”, as Right Wing Watch reports. In his rambling monologue, Shoebat declared that he was not a fan of democracy (he likes “mo-narchy” better) and that the world has a “fag problem”:

“It’s homo tyranny and it needs to be destroyed,” Shoebat continued, “Christian world domination needs to be established and homosexuality needs to be deemed as a crime. And the homos need to be told, hey, you gotta stop that and if they don’t stop that then, I’m sorry, we have an Inquisition and that Inquisition will enact the death penalty, as Scripture tells us.”