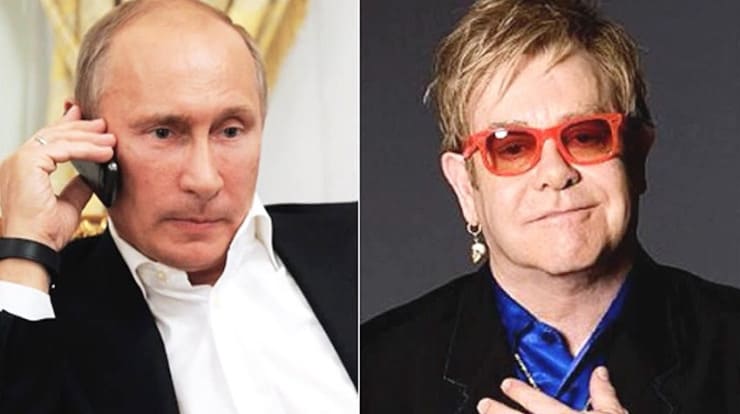 After falling victim to Russian pranksters pretending to be Vladimir Putin, Sir Elton John has received a phone call from the real Russian president. According to the Kremlin, Putin phoned the pop star Wednesday and asked him not to be offended by the prank. Putin also proposed a meeting and said John was welcome to discuss “any issue of interest.”

Earlier this month John, accompanied by his husband David Furnish, met with Ukrainian President Petro Poroshenko in Kiev to lobby him on LGBT rights. While there he told the BBC he would like to meet Putin and confront him about his country’s anti-LGBT record.

Previous Post: « Harlem Hate Pastor Has Must-Watch Manic Meltdown at Protestors Outside His Church: VIDEO
Next Post: Kim Davis’ Gay Friend Has Been Found and He’s Not Happy With Her »