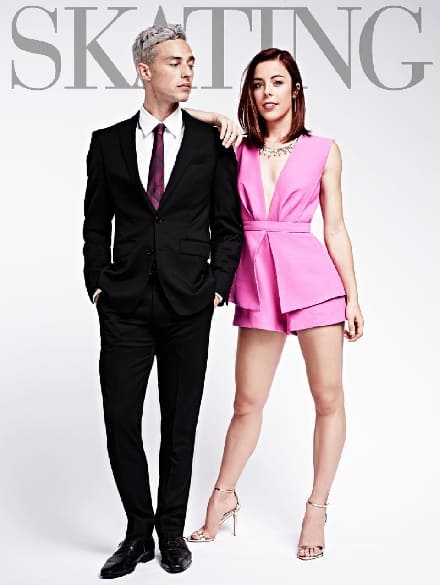 Figure skater Adam Rippon, a 25-year-old two-time national silver medalist, has come out as gay in the October issue of Skating magazine. He’s accompanied on the cover by Ashley Wagner, his training partner and close friend.

“Being gay is not something that defines me,” he tells Amy Rosewater in the magazine. “What defines me is what my mom always taught me: to treat everyone with respect, to always be a hard worker and to be kind.”

Rippon has skated in three World Championships, with a best finish of sixth in 2010, but never the Olympics. He was eighth at the January 2014 U.S. Championships, missing the two-man 2014 U.S. Olympic team.

“It’s the year 2015. So many more athletes are willing to be open, and it’s part of the culture now to be more open about who you are and what your interests are,” Rippon said in the magazine. “Of course people are interested in your sexual orientation. People love rumors. When athletes come out and say that they’re gay, it makes it a little more normal and less of a big deal — especially in the athletic community. You have a lot of respect for your fellow athletes for working hard toward a goal. Their sexual orientation takes a backseat to that.”

Ice Network reports that Rippon came out because he wants to be an authentic role model:

“I feel so overwhelmed that U.S. Figure Skating wants to be a part of me. It’s a huge thing to have your sport’s governing body be a part of that and to show all their athletes that they accept them for who they are and for their individual personalities. When you go out and compete, you want to represent [the organization] to the best of your ability, and you want to represent your true, authentic self. When you’re honest with yourself, you can do that. I want to be a relatable example. And I want to say something to the dad out there who might be concerned that his son is a figure skater. I mean look at me; I’m just a normal son from small-town Pennsylvania. Nothing changed. I’d just like to be a good role model. I’ve been honest with myself the whole time. I worked hard and loved what I did.”