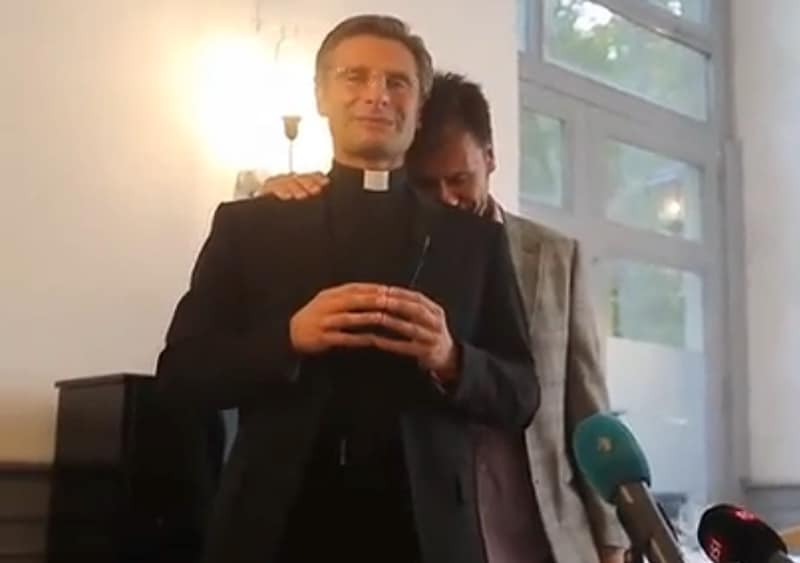 Monsignor Krzysztof Charamsa, a Polish priest and theologian working in the Vatican, was fired on Saturday after he came out as gay in an article in the Corriere Della Sera newspaper, an interview in which he urges the Catholic Church to change its stance on homosexuality. Charamsa’s interview came on the eve of the Synod, when the world’s bishops gather to discuss issues such as family, LGBT outreach, and Catholic tradition.

Monsignor Krzysztof Charamsa was removed from his position at the Congregation of the Doctrine of the Faith, the Vatican’s doctrinal arm where he had worked since 2003, a statement said.

Charamsa, 43, and a Polish theologian, announced he was gay and had a partner in a long interview with Italy’s Corriere della Sera newspaper on Saturday. He later held a news conference with his partner, a Spanish man, and gay activists at a Rome restaurant. They had planned a demonstration in front of the Vatican but changed the venue several hours before it was due to have started. 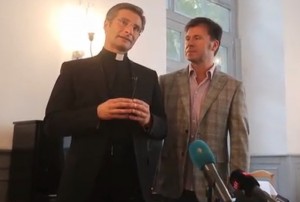 Charamsa told the paper that it was his duty to the LGBT community as a gay man to come out of the closet and speak truth, saying the Church is way behind in the way it handles gay issues:

“There comes a day when something inside you snaps, and you can’t go on. If I had been alone I would have lived the nightmare of a denied homosexuality, but God never leaves us alone. And I think He has helped me take this important existential step. It’s important because of its consequences, but it’s also the premise for living honestly, which should be natural for every homosexual.”

“It seems to me that in the Church we are ignorant about homosexuality because we don’t really know any homosexuals. We have them all around us, of course, but we never look them in the eye, because they seldom say who they are. I hope that my personal experience will help stir the Church’s consciousness in some way. I will personally reveal my identity to the Holy Father in a letter. And I will tell the universities in Rome where I teach who I am; to my great sorrow I will probably no longer be allowed to work in Catholic education”.

The Vatican said that Charamsa’s interview was “grave and irresponsible” and would put unwanted media attention on the Holy See.

But Charamsa knew that would be the case and he didn’t care, adding, in the interview:

“If I failed to be open, if I didn’t accept myself, I couldn’t be a good priest in any case, because I couldn’t act as an intermediary for the joy of God. Humanity has made great progress in its understanding of these issues, but the Church is lagging behind. This is not the first time, of course, but when you are slow to understand astronomy the consequences are not as serious as when the delay regards people’s most intimate being. The Church needs to realise that it is failing to rise to the challenge of our times”