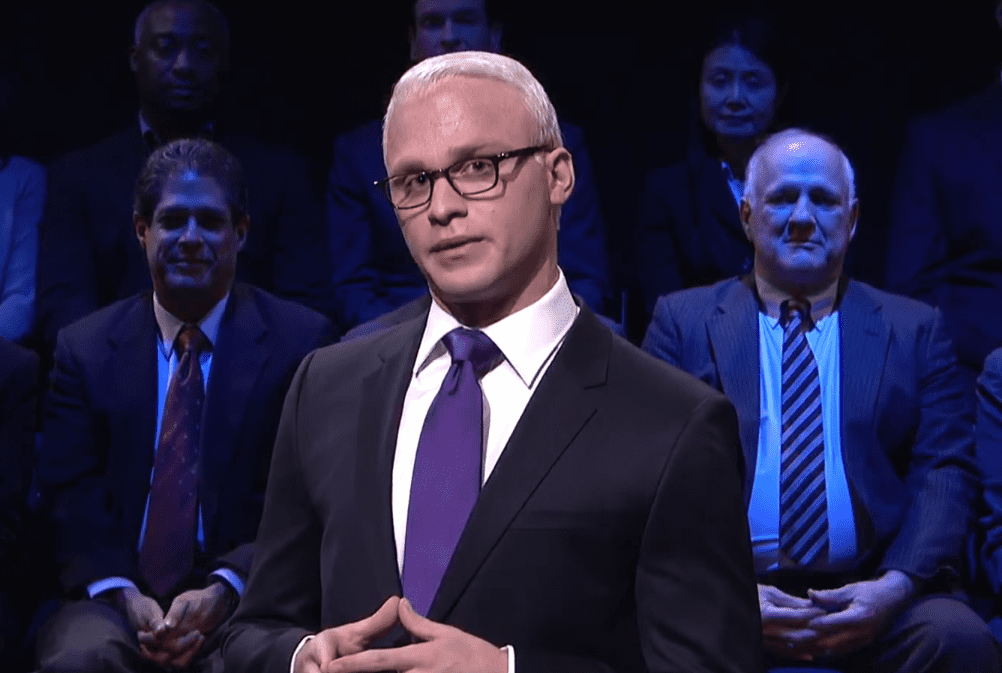 On last night’s Watch What Happens Live!, Bravo’s Andy Cohen asked Cooper about the impression. Said, Cohen, “‘SNL’ spoofed the debate and they spoofed you, and I was offended by the spoof because I thought the guy kind of queened it up in playing you.”

“You know, I’m not easily offended,” Cooper said in response. “I didn’t think it was very good. Seth Meyers did a spoof of me years ago that was really funny and I’m all for being spoofed. I did think it was a little oddly… it was like the only thing he knew about me was that I was gay so that’s sort of what he went with.”

He added, “I got a little Truman Capote vibe. I thought it was a little snide.”

Cooper also revealed that he was originally asked to play himself in the SNL sketch but wasn’t able to because of scheduling.

Watch the cold open that parodied Cooper, below:

Previous Post: « Is This How You Reacted to Adele’s New Music Video ‘Hello’? – WATCH
Next Post: Anti-Gay Wingnut Warns of ‘Sneak Attack’ To Pass LGBT Protections in Indiana: WATCH »