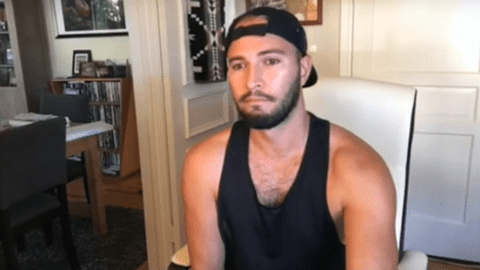 Adele broke the internet today with the music video for her first single in three years, “Hello”, directed by renowned queer filmmaker Xavier Dolan. While the British songstress has described her new album, 25, as a “make-up album” (21 was definitely a break-up album), there were still plenty of emotions to be felt listening to the album’s first released track.

Hunky musical parodist Adrian Anchondo, a self-described “huge Adele fan”, decided he would record and share his reaction to “Hello.” Is this how you reacted watching the music video?