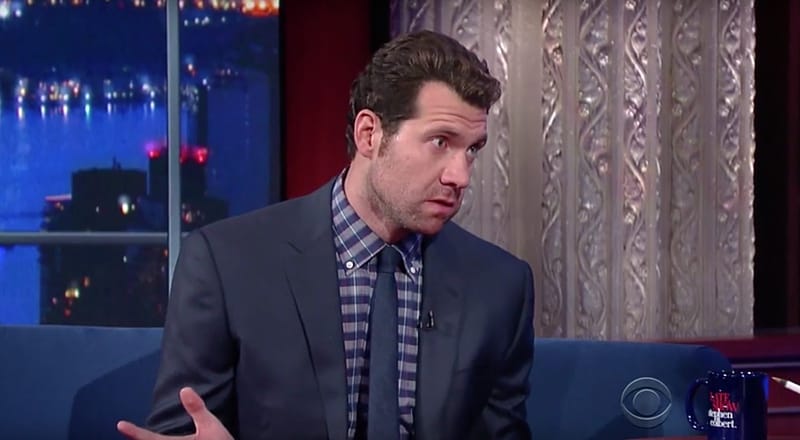 Difficult Person Billy Eichner sat down with Stephen Colbert last night to talk about his new show and how he has now become a celebrity. The chat also took a turn toward the gay. Eichner says he believes that a letter should be added to LGBTQ, specifically for people who live in L.A.

Eichner also offered a not-so-soothing way to get you to sleep: