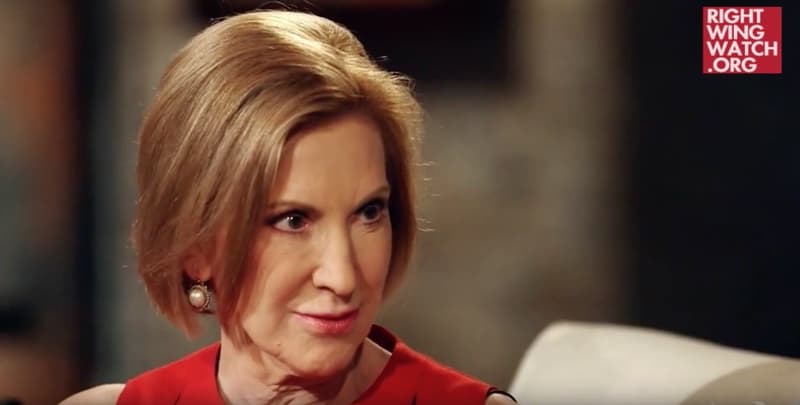 Multi-millionaire and former HP CEO Carly Fiorina claims she’s part of a group getting crushed by a system that benefits the wealthy, Right Wing Watch reports.

Fiorina, who with her husband is worth nearly $60 million, sat down with Glenn Beck last night and made the claim. She said:

“Crony capitalism is alive and well. When you have big, powerful, complicated, costly government, only the wealthy, the powerful, the big and the well-connected can handle it and all the rest of us are getting crushed. And people see that, they feel it in the bones. In their bones, people know if something is so complicated I don’t understand it, I’m getting screwed.”

In other Fiorina news, not a single HP employee has donated to her campaign, The Daily Beast reports:

Of the 302,000 employees at the company, not one has given a reportable amount to help Fiorina fund her 2016 presidential campaign, according to the campaign’s most recent FEC filings, which lists all donations over $200. HP’s corporate leadership also doesn’t seem keen on the idea of Fiorina in the White House. Among the 12-member board of directors, just one, Ann Livermore, has given a donation above that threshold.