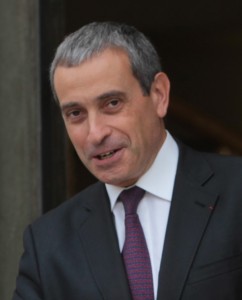 France is dropping its bid to appoint a gay man as ambassador to the Vatican after a nine-month battle with the Catholic Church.

Laurent Stefanini, a widely respected chief of protocol to François Hollande, was named as the French president’s choice to serve as ambassador to the Holy See in January. However, without explicitly rejecting his nomination, the Vatican has not accepted his credentials. A new ambassador’s credentials are normally accepted within weeks.

Stefanini was reportedly well qualified for the diplomatic post. He was “France’s second-in-command at its Vatican embassy between 2001 and 2005”, and his appointment was supported by the archbishop of Paris. The rejection of Stefanini provides another confounding moment for gay rights activists who see Pope Francis’ reign as pontiff replete with mixed messages on homosexuality:

Philippe Levillain, a papal specialist and French historian, told the paper the Vatican did not want to be seen as homophobic. “There’s a flagrant contradiction between the openness Pope Francis is showing towards homosexuals and the refusal to accept Laurent Stefanini’s nomination. It’s not a very charitable attitude,” Levillain said.

A report in the French satirical title Le Canard Enchainé in April claimed that Francis had a “very discreet” meeting with Stefanini, in which the pontiff said his objection to the appointment was not personal but an indication of the Vatican’s disapproval of France’s 2013 gay marriage law.

Around the same time, the Élysée palace said France would be sticking to its choice of ambassador. “Laurent Stefanini is the only candidate nominated by the republic and the council of ministers,” it said.

Previous Post: « Victor Garber Eloped With His Partner of 16 Years
Next Post: Police Called After Beard-Lovers Fan Club is Mistaken for ISIS Terrorists »