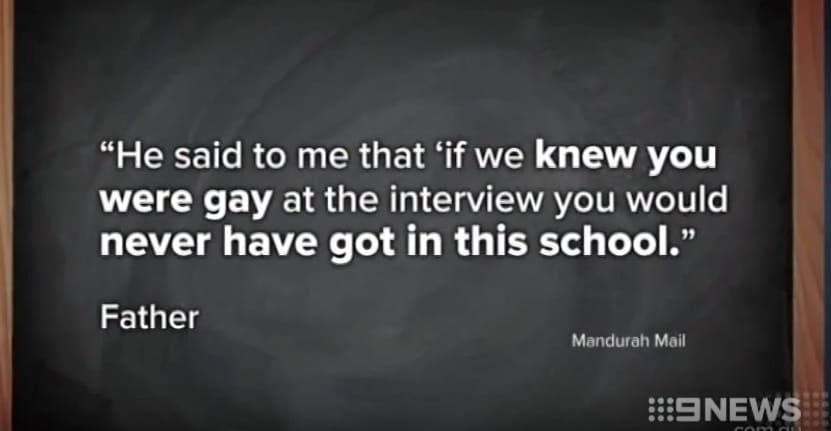 A Mandurah, Australia man says a school principal told him that his seven-year-old daughter could only stay at the school, a private Christian school which receives more than $5 million every year in taxpayer funding, if she didn’t talk about the fact that her father is gay, the Mandurah Mail reports: 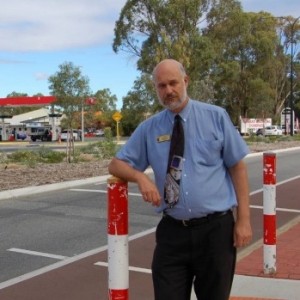 “[My daughter] got talking about Tony Abbott and gay marriage and mentioned that her dad is with [my partner] and she was shut down by her teacher and then the teacher had to explain to the class what ‘gay’ is,” Brendan said.

“We were asked to go into a meeting that we thought would be about her education and how she was going in class to be told that [my daughter] had mentioned I’m gay,” he said.

“I was told that they don’t promote ‘gay’ at the school and [my daughter] was unable to talk about my life between [my partner] and me and general stuff about what a kid talks about with her parents.

“She could mention my name, but she couldn’t talk about us being gay or relating to us as a couple, so pretty much to a seven-year-old, we were forced to say to [my daughter] that she wasn’t allowed to talk about Daddy or [my partner] at all.”

The school’s principal, Andrew Newhouse (pictured), told the father that the school felt that they had been “fooled” by him because he didn’t disclose his sexual orientation at the time of his daughter’s interview:

“He said to me that ‘if we knew you were gay at the interview you would never have got in this school.”

The father has withdrawn his daughter, who is “devastated” because she made friends there, from the school.

A spokesperson for Federal Education Minister Simon Birmingham said there were no conditions on funding for the school that would prevent it discriminating against the children of same-sex parents.

Watch a news report on the incident: