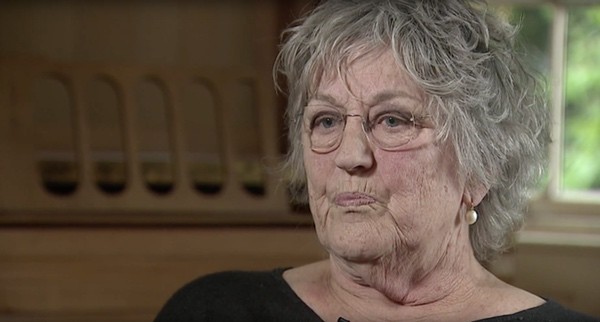 Australian-born liberation feminist author Germaine Greer is under fire for transphobic remarks she made on BBC’s Newsnight program.

Greer, 76, spoke with Newsnight after a November speaking engagement she had at Cardiff University was targeted by an online petition launched by the women’s officer of Cardiff’s student union. The petition accuses Greer of “time and time again her misogynistic views towards trans women, including continually misgendering trans women and denying the existence of transphobia altogether.”

Greer told The Guardian that the petition was a “put up job” meant to silence her from speaking anywhere.

Ms. Greer, 76, who is best known for her best seller, “The Female Eunuch,” has prompted outrage and protests in the past because of her comments. In a column in 2009 she wrote that transgender women seem like ghastly parodies and that a transgender woman was essentially “a man’s delusion that he is female.” According to Varsity, Cambridge University’s student newspaper, she suggested in January that transgender women do not know what it is like to have a vagina…

Cardiff University said it had no plans to cancel Ms. Greer’s lecture. In a statement, the university’s vice chancellor, Colin Riordan, said, “Our events include speakers with a range of views, all of which are rigorously challenged and debated.”

Greer said she wouldn’t go to Cardiff even if the petition failed. On Newsnight, she reasserted her views that transgender women are not real women.

Greer was also, to her dismay, asked to comment on Caitlyn Jenner and plans for Glamour magazine to award Jenner their “Woman of the Year” award.

“I think it’s misogynist. I think misogyny plays a really big part in all of this, that a man who goes to these lengths [to become a woman] will be a better woman than someone who is just born a woman…It seems to me that what was going on there is that he/she wanted the limelight that the other, female, members of the family were enjoying and has conquered it, just like that.”