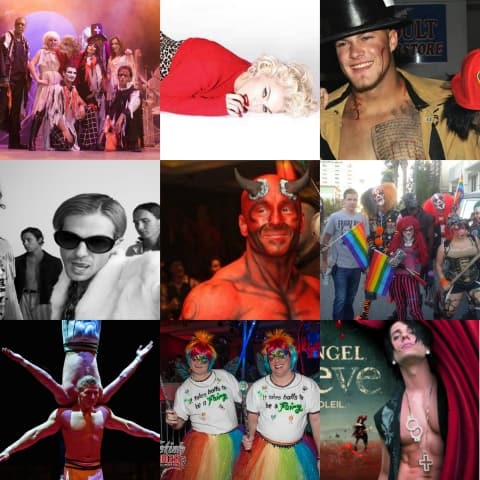 Halloween is fast approaching, which means it’s time to plan your ghoulish getaway.

A longtime favorite destination for LGBT travelers, Las Vegas is also a favorite spot for Halloween revelers. The city has plenty to offer its LGBT guests during this spooky season, whether it be scary attractions, one-of-a-kind events as only Vegas can provide or the world’s best musical acts.

We put together a guide to all of the city’s scary, unique and Halloween-themed events coming up in October to help you make the most out of your trip to Fabulous Las Vegas. Check it out below.

Fans of haunted houses will want to check out Fright Dome. This annual celebration of terror is one of the best haunted houses in the country not to mention one of the biggest, transforming the five acres of the Adventuredome theme park at Circus Circus Las Vegas into a park of horror. This year you’ll find 6 haunted houses, 4 scare zones, 25 rides and live shows nightly. 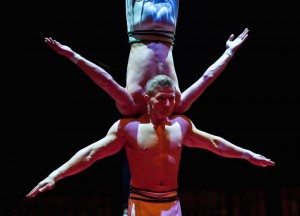 Absinthe Las Vegas reinvents the classic Las Vegas variety show by reimagining it as an acrobatic performance experienced in the round that is equal parts carnival and old world burlesque. There’s no huge stadium here to distance you from the athletic artists on stage, giving you an unobstructed view. Expect thrills, chills and a dash of comedy at this Vegas favorite.

For mystery and mind-reading, attend Paranormal – The Mind Reading Magic Show at Bally’s Las Vegas. Mentalist Frederic Da Silva is the attraction here with his ability to read you as if he were reading a clock. Are his special powers real? You’ll have to experience it for yourself. 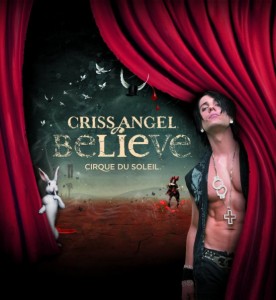 Famed magician Criss Angel, the most watched magician in TV history, will spook you with his 40 mind-blowing illusions at CRISS ANGEL Believe at the Luxor Hotel & Casino – Las Vegas. Criss partnered with Cirque du Soleil to create this show so expect plenty of astounding acrobatic feats. 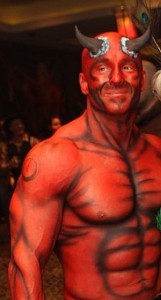 If you’re looking for a more outlandish Halloween experience, head to the Annual Fetish and Fantasy Halloween Ball at the Hard Rock Hotel. With over 7000 guests, music, food, and wild costumes, this is one of Las Vegas’ most outrageous Halloween events.

Head uptown to popular Fremont Street for OktoberFrightFest at the Fremont Street Experience. This mash-up of Oktoberfest and Halloween brings the best of both worlds together with free stage shows like “Frank & The Steins” and “Vampire Rising.” This month-long event culminates with a costume contest on October 31.

For those who like to laugh more than scream, catch funny-lady Margaret Cho perform at Treasure Island for a one-night-only comedy engagement on October 16. Expect her usual brand of irreverent gut-busting humor. 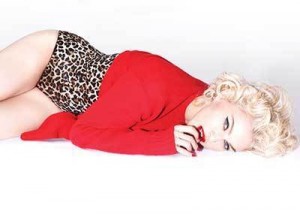 If you’re in town early for Halloween, you’ll want to pay homage to pop icon Madonna, who brings her Rebel Heart Tour to the MGM Grand Garden Arena on October 24. Country music fans meanwhile can take in “The Judds Girls Night Out” with Naomi and Wynonna Judd. They have a limited engagement at The Venetian Theatre inside the The Palazzo Las Vegas in October with performances on October 7, 10, 13, 14 16, 17, 21, 23 and 24. If your music taste runs toward hard metal, check out heavy metal legends Judas Priest when their Redeemer of Souls Tour makes its way to the Pearl Concert Theatre at Palms Casino on October 17. 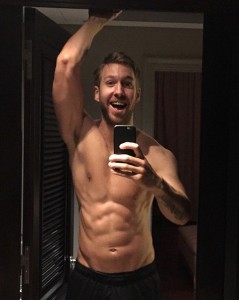 LGBT music lovers in Vegas for Halloween weekend will have an abundance of concert choices. For something spooky, check out ghoulish Swedish heavy-metal act Ghost with special guests Purson at The House of Blues at Mandalay Bay on October 31. Hang poolside and scope out indie pop rock band on the rise The Neighborhood (of “Sweater Weather” fame) as they perform at The Boulevard Pool at The Cosmopolitan of Las Vegas on October 30. Lovers of EDM will have a tough time deciding what legendary DJs to see Halloween weekend. OMNIA at Caesars Palace will host hitmakers (and Grammy winners) Afrojack on October 30 and Calvin Harris with special guest Generik on October 31. Down the Strip at the MGM Grand, DJ Tiësto hits the Hakkasan stage on October 30 followed by Hardwell with special guests Kill The Buzz on October 31. Meanwhile, renowned DJ Kaskade will perform at XS inside Encore, also on Halloween night.

Previous Post: « The OXD Mirror: Nicole Moudaber and Skin Push Boundaries in Techno
Next Post: Boxers or Briefs? The Men of Santa Monica Drop Their Shorts and Spill – WATCH »