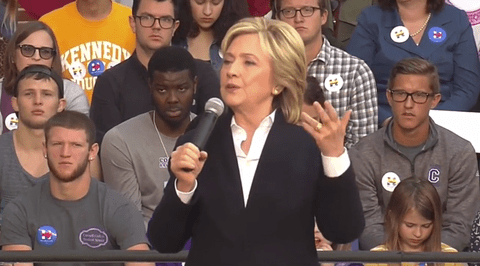 Speaking at a campaign event at Cornell College in Mount Vernon, Iowa, Hillary Clinton said that Kim Davis was “treated as she should have been” after disobeying the Supreme Court’s ruling that legalized gay marriage.

When asked, “What would you do about somebody if they were to do something like Kim Davis did recently?” Clinton responded,

“I think what happened to Kim Davis was the right thing. She violated the law, and therefore she was arrested. I actually think that she was treated as she should have been treated…. You either enforce the law or you resign.”

Watch video of Clinton’s remarks below:

Clinton on Kim Davis: 'Enforce the law or … resign' http://t.co/zHIUsXwQzK via @washingtonpost

On an unrelated note, to the bros behind Mrs. Clinton, please pay attention and stop yawning. Madame Secretary is speaking about civil rights. 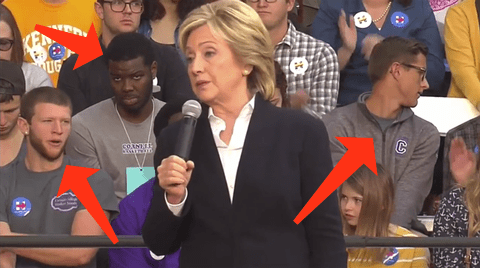 Previous Post: « Justin Bieber Shares Ab-Tastic Photo of His Latest Tattoo: LOOK
Next Post: Beau and Joe: Why This Week’s Attack on Joe Biden Was Below The Belt »