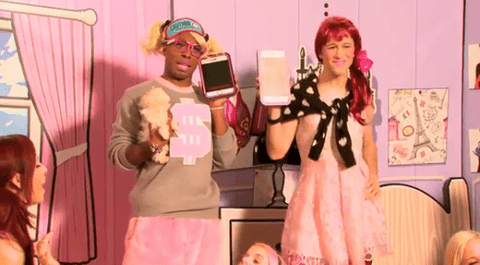 In a new promo released today, Levitt is shown arriving on set and getting prepped for making a music video with Hall–a video that will show Levitt and Hall in teenage girl drag singing about their stupid ex-boyfriends who unfollowed them on social media. As if.

Watch the boys transform into scorned teen girls, below:

Previous Post: « REPORT: ISIS Executes 4 Men in Iraq for Being Gay
Next Post: Watch These French Firefighters Strip Down and Turn Up The Heat for Charity: VIDEO »