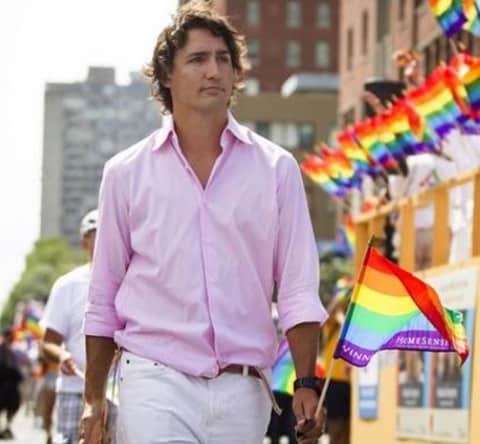 Canada has a new Prime Minister, the Liberal Party’s Justin Trudeau, who is also the son of former Canadian Prime Minister Pierre Trudeau. Conservative Stephen Harper is now out of office as Liberals get the majority:

Starting with a sweep of the Atlantic provinces, the Liberals capitalized on what many Canadians saw as Mr. Harper’s heavy-handed style, and the party went on to capture 184 of the 338 seats in the next House of Commons…The Conservatives were reduced to 99 seats from 159 in the last Parliament, according to preliminary results. The New Democratic Party, which had held second place and formed the official opposition, held on to only 44 seats after suffering substantial losses in Quebec to the Liberals.”

After rousing his party from third in the polls to first place on voting day, Trudeau promised “sunny ways” for all Canadians. “This is what positive politics can do. This is what a positive, hopeful vision, and a platform and a team together can make happen,” he said in his victory speech.

Among his first tasks will be to assemble a cabinet, which he promised in campaigning would contain an equal number of men and women. Trudeau is expected to be sworn in before the G20 summit in Turkey, which starts on 15 November.

Trudeau, elected leader of the Liberal Party in 2013, is the nation’s second-youngest Prime Minister at 44 and the first to follow a parent into office.