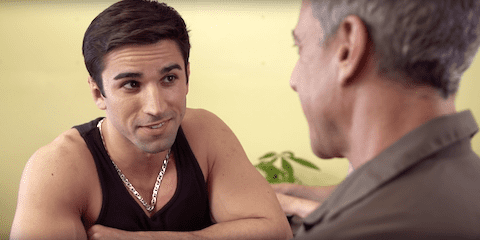 However, as Jamison meets Kip in a coffee shop and gets to know him more, the thin veneer of fantasy begins to deteriorate.

Previous Post: « Judge Rules Against Hobby Lobby In Transgender Discrimination Case
Next Post: Watch This Gay Guy Decide Which Sexy Costume to Wear on Halloween–With Help From His Mom: VIDEO »