The Western District Missouri Court of Appeals yesterday ruled for a company which for seven years harassed and ultimately fired an employee, James Pittman, because he is gay. The reason? Missouri law, like 27 other states, does not protect gay and lesbian people, though it bars employment discrimination based on race, color, religion, national origin, sex, ancestry, age or disability. 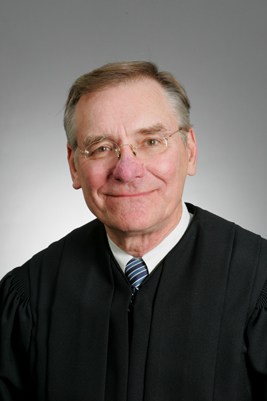 In a 2-1 decision, the court ruled that the state law barring discrimination based on sex only covers gender-based actions. James Pittman’s Jackson County lawsuit against Cook Paper Recycling Corp. was dismissed in February 2013, and he appealed that decision.

“If the Missouri legislature had desired to include sexual orientation in the Missouri Human Rights Act’s protections, it could have done so,” Chief Judge James Welsh wrote in the majority opinion. “No matter how compelling Pittman’s argument may be and no matter how sympathetic this court or the trial court may be to Pittman’s situation, we are bound by the state of the law as it currently exists.”

Missouri law bars employment discrimination based on race, color, religion, national origin, sex, ancestry, age or disability. The case is the first time a Missouri appellate court has ruled on whether the word sex in the statute has a broad or narrow definition, said Lynne Bratcher, Pittman’s attorney. Bratcher said she will try to get the Missouri Supreme Court to hear the case.

Today the Missouri Court of Appeals made two things very clear: Missourians are being harassed, bullied, and fired from their jobs for being gay, lesbian, or bisexual and they will have no recourse in the courts unless the State Legislature changes the Missouri Human Rights Act to protect them.

In what was clearly a reluctant decision, the court denied James Pittman’s claim against his employer for creating a hostile work environment – and eventually firing him – because he is a gay man. The court did not deny that what James experienced was real, but instead made clear that their hands were tied by Missouri law.

Contrary to what many believe, lesbian, gay, and bisexual Missourians can still be fired, kicked out of their homes, or denied service at a restaurant because of who they are and who they love. The ACLU has been calling on the legislature to change this for years, to have the basic decency to catch up to what 27 other states have already done – include LGBT people in the Missouri Human Rights Act. Pass the Missouri Non-Discrimination Act.